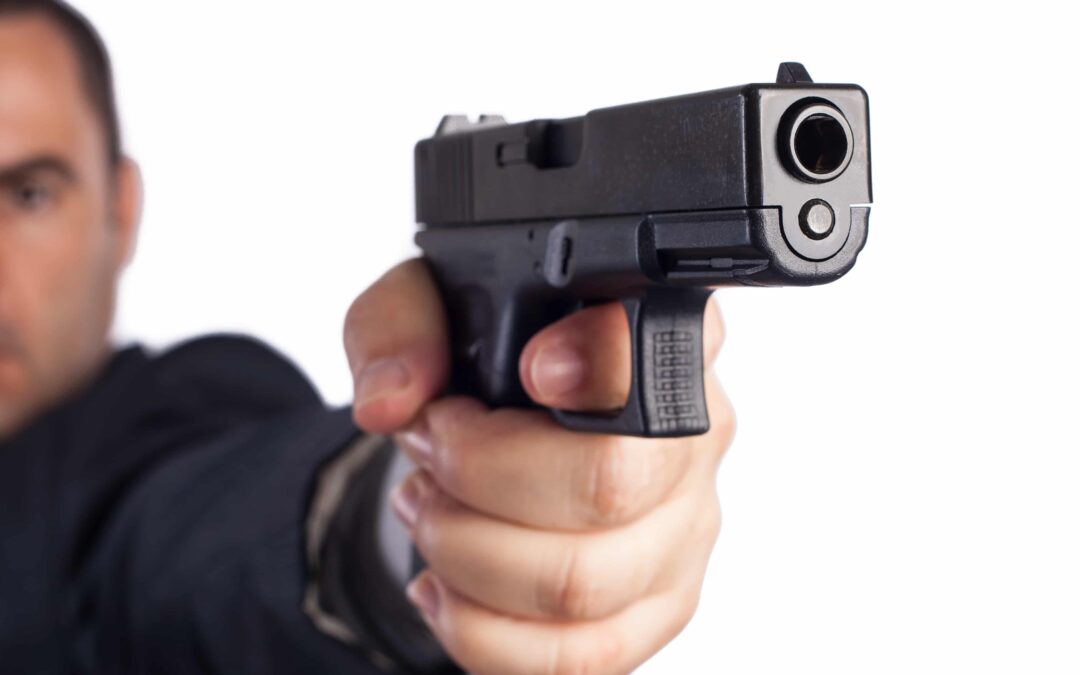 As the distance grows between the shooter and their target, the distance the bullet impacts to the left of center grows. For instance, if I “pull” the trigger on a target that is 10 feet away, the point of impact may be 2″ off center. “pulling” the trigger on the same target at 20 feet away may cause the point of impact to move left to the point that the target is completely missed. This “pull” is easily identified on the Shooters Wheel as points of impact to the left of center target.

Once I had practiced and trained my trigger finger into performing the proper movement I moved onto being able to “Press” or exert force straight backwards on the trigger without curling the end of my finger. Once I mastered this motion it was time to putthe whole thing into dry practice with a firearm. If you think that it’s all gravy from there, you will find that your body will always try and revert to its first state and cause you to periodically shoot left….the true litmus test of trigger control. To this day I practice this motion with my trigger finger every day while I go about my day. If you think it’s easy, once you have mastered this simple movement, ask some of your non shooter friends to mimic the movement you show them with your trigger finger. In my unscientific trials, 95% of people asked cannot make their finger work that way without holding the base of their finger with the opposing hand.

Once you’ve mastered the “press” with your trigger finger and forced the proper movement into your muscle memory, you can move on to all of the other “demons” that affect your shooting. Without building the “Perfect Press” foundation your efficiency and accuracy with your firearm will never be consistent.