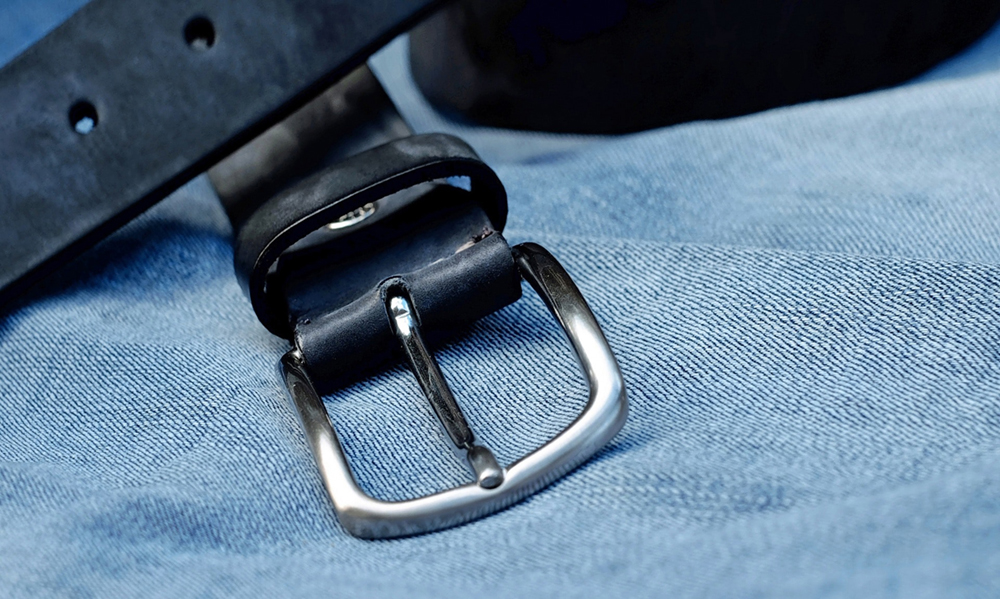 A gun belt is arguably the most neglected piece of gear out there for firearms. That said, if you carry at all, a gun belt is a necessity, and they really make a difference in how you carry and your comfort level. Regular belts might work for a few days, but it doesn't take long for a single ply belt designed to hold your pants up to start sagging. They look bad, ruin concealment, and could be dangerous.

Many gun owners that carry their weapon regularly tend to focus on holsters and accessories. We upgrade out holster thinking it may be the problem when all we need is a good gun belt. If you use a gun belt, you know the value of using one, and you may think our comments about overlooking them are surprising. However, many people still don't understand their importance.

Profile Of The Bigfoot Gun Belt

At the time of this writing, Bigfoot Gun Belts offers three belts in two colors. The sell a 14-ounce belt and an 18-ounce one in the same style along with a slim belt in case you need something for a less causal event. You can get some of the belts with a steel core, but all of them are sturdy enough to carry most handguns without you worrying about it sagging or having concealment problems.

If you’re familiar with holsters like some of the ones Alien Gear Holsters offer, you already know how vital adding spring steel a holster is and how much it improves stability. The same performance improvements happen when you add a spring steel core to a gun belt. 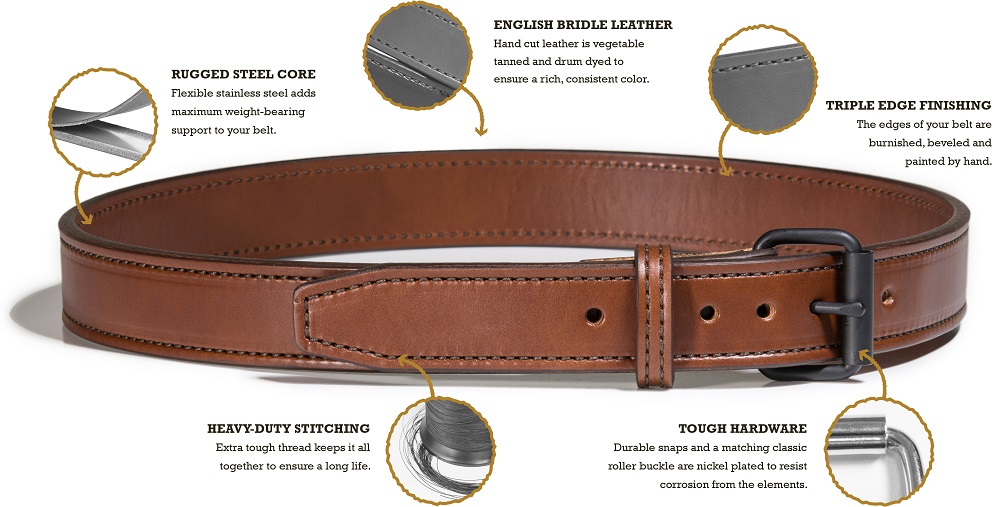 Bigfoot Gun Belts use a double layer of English Bridle Leather for their belts to keep them rigid while allowing them to bend when needed for your comfort. Their belts with a steel core are built the same way but include spring steel in the middle for extra support. All the leather is drum dyed, and the belts come in brown and black.

When you wear or hold a Bigfoot Gun Belt, the first thing you’ll probably notice is the belt feels solid but not too heavy. You can tell the belt is double layered and the stitching is all heavy thread. They seal the edges of the belt and bevel them, so you never have to worry about the leather separating on you. The stitching and sealed edges are both big bonuses in our opinion.

All the hardware on the belts is nickel plated so that they won't corrode or lose their finish anytime soon. The roller buckle isn’t necessary, but it makes working with the belt easier, especially if you’re in a hurry. The only problem we found with the roller buckle is they tend to jingle a little until you secure the belt around your waist. They’re not ideal if you need to get the belt on quickly without making much noise.

The craftsmanship is impressive by itself, but the performance when you hang a gun on the belt takes it up a notch. If you have a favorite gun belt brand, these Bigfoot Gun Belts might change your mind. They build them to stay tough and back it up with what they call a legendary warranty. They’ll even let you test the belt for a week to see if it meets your standards and needs.

The 14-ounce gun belt is probably all most people need if they carry daily. If you carry a heavy weapon, move up to a steel core belt or the heavy 18-ounce belt. That part really comes down to what type of gun you carry and your personal preferences. Luckily, you can try the belt for a week to make sure you choose the right one. The key features you need to know include:

Each belt comes in black or brown, and they offer a lightweight belt they refer to as the dress gun belt. The dress belt is narrow to accommodate the smaller belt loops in slacks and some formal wear. The dress belt might not be ideal for large handguns, so test it out before you commit to one. The dress gun belt is made to the same specifications as the other ones as well.

How Much Does A Bigfoot Gun Belt Cost?

The best way to get one of these belts and make sure the warranty kicks in is probably buying it from the Bigfoot Gun Belt website. When you open the page for a belt, it includes a handy guide that helps you choose the right size based on how you wear your holster and your pant size. Once you complete that portion of the form, you can select the belt and buckle colors.

Based on the quality of the craftsmanship, these belts are worth every penny. The belts come with a week's worth of time to test them out and make sure they work for you, plus if anything goes wrong within the first year, they’ll replace the belt. If the leather separates or the belt malfunctions, you get a new belt as fast as possible. It’s hard to beat a testing period plus a one-year warranty on a belt.

How Do These Belts Stand Up To Their Competition?

Healthy competition is good for any business, and the gun belt business isn't lacking other high-quality products. We found the best belts with craftsmanship and prices similar to the Bigfoot Gun Belts and compared them. We like the Bigfoot Gun Belts overall, but your needs might differ from ours. 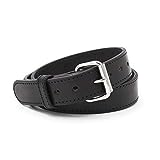 You can order this gun belt on Amazon for $ to $ depending on the size you need. This belt is probably the most popular one on Amazon. It weighs 14-ounces, and the material is double layered full grain leather. It performs well with most medium or lightweight handguns, and you can add mag holders as well without worrying about the belt sagging or getting uncomfortable to wear.

The main difference between this belt and the 14-ounce Bigfoot Gun Belt is the lack of a steel core. If you need to carry more gear or a heavier handgun, the steel core makes a big difference. This belt isn’t drum dyed either, so the leather is exposed in some areas which may lead to deterioration or allow moisture to seep into the leather. Moisture may cause the belt’s layers to separate. 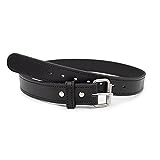 This belt comes with a steel core so that it can carry the extra weight of a heavier handgun along with ammo. However, the leather is exposed in some areas on this belt as well which may lead to problems down the road. Granted, the lifetime warranty might kick in if you can convince them the belt failed due to the exposed leather, but we wouldn’t take the chance. 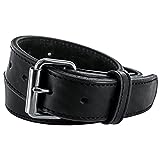 You can get this belt on Amazon for $$ in black or brown. This belt is slightly less popular on Amazon compared to the previous two, but the belt is made well and comes with a 100-year warranty. The warranty beats most other gun belt warranties easily. It weighs 17-ounces, but the leather leaves a little to be desired.

This belt suffers from the same problems as the previous belts on the list including the exposed leather. The 18-ounce Bigfoot Gun Belt has the steel core option as well, so it can support a heavier load. The exposed leather where the holes get punched for the belt buckle may allow moisture into the belt as well.

Compared to their competition, Bigfoot Gun Belts win on craftsmanship. We don’t like the exposed leather most gun belts include. The areas inside the fold where the buckle sits and the holes in most belts leave the leather exposed to the weather. That part worries us since leather and moisture don’t always play nice together.

Relentless Tactical and Hank’s gun belts come with better warranties than the Bigfoot belts. A lifetime, or 100-year, warranty says a lot about how much faith you have in your manufacturing process and your products. In our opinion, the Bigfoot Gun Belts should come with a lifetime warranty since they get made better than most of the belts we’ve seen on the market.

Bigfoot Gun Belts come with many more pros than cons. The leather is high-quality, and they take care to make sure it gets sealed on all sides along with the folds. The space between the two layers of leather gets treated as well. The steel core is stainless-steel which means you don’t have to worry about the metal corrupting the leather.

Get a gun belt if you carry regularly and don’t already have one. If you have one, get a Bigfoot Gun Belt and try it out. You won’t be disappointed, and you may get surprised by the new level of comfort these belts provide. You can get a belt from them that holds most handguns and keeps your pants in the right place as well.