It’s Not The Guns, Stupid! 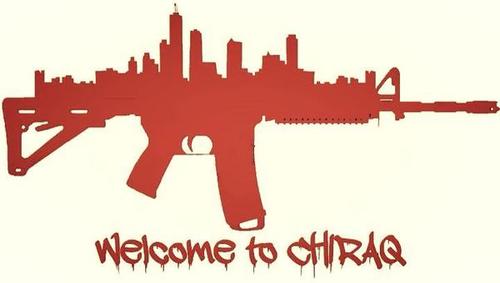 All it seems we hear about in the news as of late is our pandering politicians ranting and raving about the need for more “Common Sense Gun Laws”.

The media flocks to them like roadies to a rock star. I see it more like moths drawn to a flame, they can’t help themselves, they are “bitches” to the rating machine.

The politicians on the other hand are “Bitches” to the money and power that their office affords them. Pandering endlessly to decades old cries for gun control and the “Utopia” they promise it will bring. They have bamboozled their constituency that they and only they hold the key to a “Safe Society” through the passage of laws eradicating the ownership of guns. These are the same chameleons that raised their right hands and swore to uphold the constitution of The United States of America…So help me God, I believe the end of it goes.

Funny how many of them immediately begin to try and enact their own agendas Constitution be damned.

Supported financially by Billionaires with their own vision of utopia and believing that they “Know better” than the rest of the county’s citizens the politicians have become nothing more than puppets of the social elite.

What happened to representing the people of this country? Hogwash!  There are few politicians that I can think of that truly represent their constituency. Enter in the political shenanigans of “Districting” and you will find yourself in the position that I am in, being represented by a fine gentleman that hails from the southwest side of Chicago who’s district encompasses not only that section of the city, which is one of the more blighted areas of Chicago, but also my part of the world that is 50 miles to the south of Chicago. What the hell does this man know of my needs? We’ve never seen or heard a word out of him in the 6 years he has been our representative. Why you may ask is he my representative? Well it was gerrymandering by the Democratic Party when they had control of the state. The ‘Re Districted” the whole state in an effort, quite successfully I might add, to over power areas of their opposing parties territory. I’m sure the Republicans would have done the same given the chance. It all serves to prove it is about power and money.  It has nothing to do with representing the people of their district or the constitution.

It has more to do with pushing the agenda of either the party or the money that got them elected. I find it all repulsive quite frankly, and consider anything that comes out of a politician’s mouth to be bought and paid for by some wealthy man with a vision….. 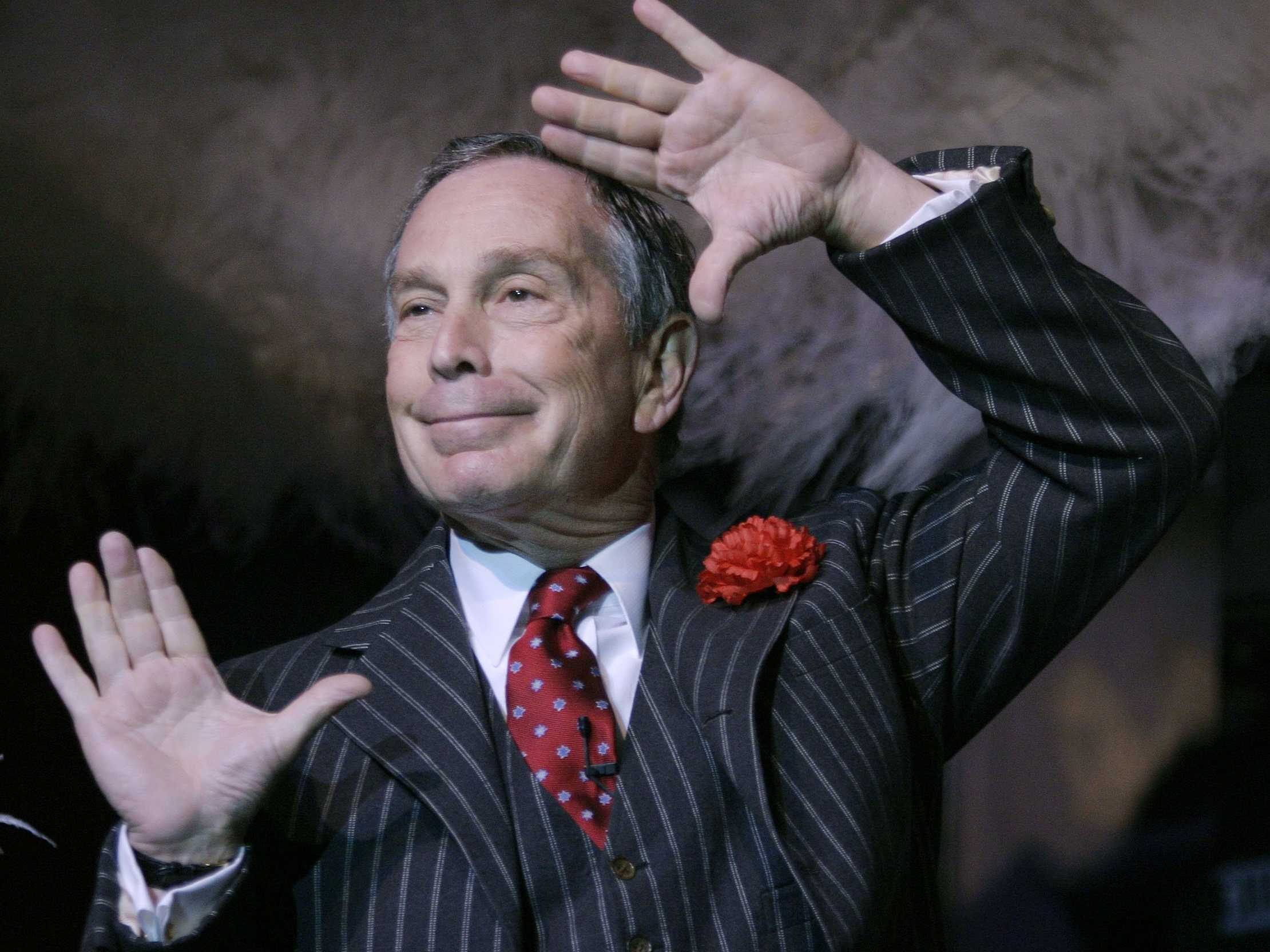 So Bloomberg and his ilk want to ban guns? Just go to the politician you put in office! When he was Mayor of New York, he decided that everything was going so darn well that he had time to make the decision for all of his constituents that, since they couldn’t make the right decisions themselves, he would make it for them and outright BAN 44oz. soft drinks. Part of the “I know better” mentality I suppose.  So just push the agenda with your puppets you put in office!

Well they have had it in the City of Chicago and several other big cities for going on 5 decades, Chicago being the most restrictive with an outright ban on guns. What they didn’t count on was the fact that decades of data don’t lie. (Well unless you manipulate them) Enter Chicago, better than four decades of gun ban laws, unarguably the city with THE most restrictive gun laws in the country, yet it leads the country or is in the top three every year. Hmmmm….  What to do, What to do…. AH! A little magic is in order!

Taking a lesson for some of the great magicians of our time, they learned to create a diversion. Look at the deck of cards in my right hand, so you don’t notice the palmed card in my left.

In the last decade we have seen our top political leaders work solely on culture warfare. Dividing and angering our society by not only race, but by income, gender, lack of gender, sexual preference and any other difference they can latch onto.

Hillary Clinton is probably the most prodigious at doing this and has raised it almost to an art form. The WAR on women, the WAR on gay people, the WAR on poverty, the WAR on kids! Yes, I heard her use that

one several days ago when addressing a question asked by a college student. But it wasn’t until they stumbled upon the police shooting of an African American named Michael Brown in Ferguson Missouri that they really found a platform for division. Our President, Barak Hussein Obama and his former Attorney General Eric Holder seized the moment and began what has now become the most divisive issue of our time. White cop shoots African American, more importantly White Cop is guilty of shooting African American, BEFORE any of the facts

are known. Our own PRESIDENT and ATTORNEY GENERAL did this in the Ferguson case. This trickled down to the Mayor of Baltimore, Stephanie Rawlings-Blake, who on national television exclaimed “that for the people who want to destroy, we are going to give them room to destroy”. Enter the usual cast of opportunistic Reverends and self proclaimed preachers emboldened by these top officials and one of them actually proclaims “don’t be surprised when Black men start shooting White cops in retaliation”. 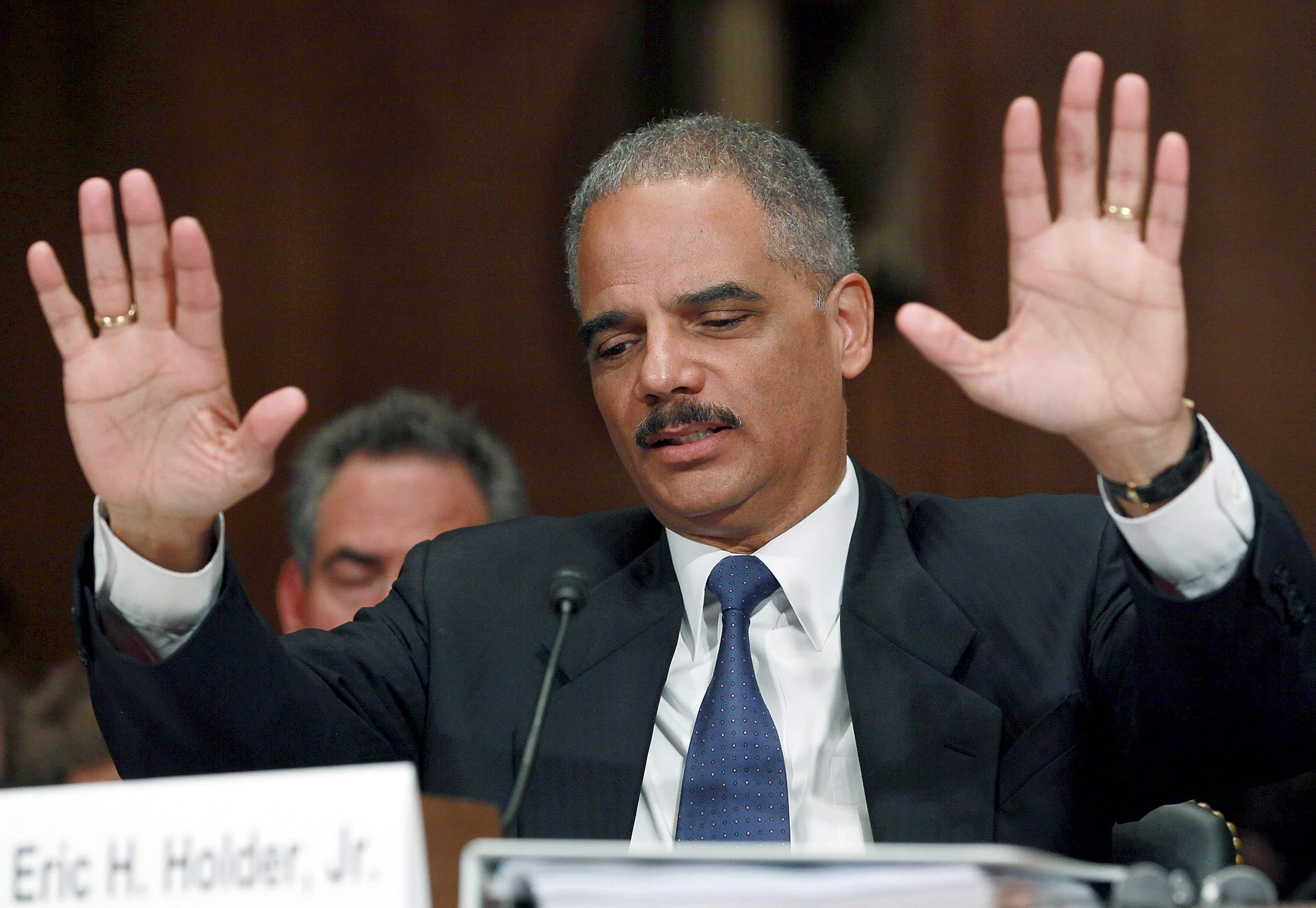 Well it didn’t take long for the first one to happen; Harris County Sheriff Deputy Darren H. Goforth was executed while pumping gas into his squad car. Somewhere in this melee a group evolves under the name Black Lives Matter. They begin showing up at political rallies and any place they can get media exposure. Their goal is to promote the idea that White police indiscriminately shoot African American men. While there have been indiscriminate shootings I’m sure, this group takes the stance that ALL shootings by WHITE cops are racially motivated and unwarranted.

The politicians have found their magic potion! Nothing divides people more than the police shooting innocent Black people. Rallies held in Chicago by Black Lives Matter have more white people attending than black people. Turns out we’re all against cops shooting innocent people!  From the President of the United States, down through the Mayors of our cities, the politicians have sent the message that white cops, ALL cops for that matter are bad and it is O.K. to riot, Loot, pillage and even murder to act out your rage. 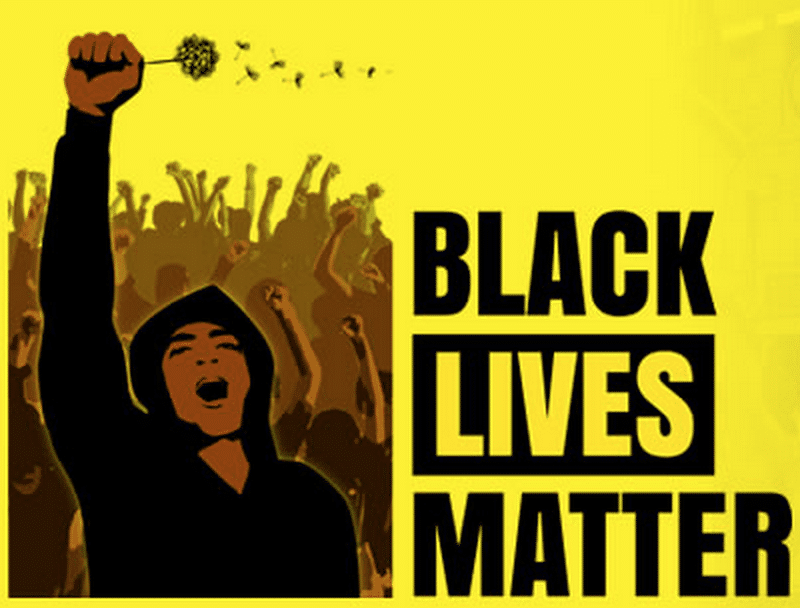 Black Lives Matter states that ONE Black man shot is too many. I think I can safely say we ALL agree. What troubles me is that they clamor to gain national attention over the shooting of a Black man by police…. Never when a Black man shoots another Black man… Enter the decades of statistics form Chicago, one of the most restrictive cities in our country to own a handgun.  As I researched statistics on gun violence in Chicago I became astounded at what I found.

The 2015 Shooting statistics for Chicago are as follows:

ONE BLACK LIFE IS TOO MUCH!

The numbers listed above are only from Chicago, this scenario is being played out in every major city in our Country on a daily basis. THOUSANDS of black men and women are killed every year in their own communities by black men and women.

WHERE IS THE OUTRAGE!?

It all goes terribly wrong when these people look to a POLITICIAN to resolve a community and family issue. And here’s where it starts to go wrong…..

All a politician can do is thump the pulpit and exclaim that they can pass a new law on guns. As a fact, that is all politicians do….pass laws. When it comes to gun laws it’s always as a knee jerk reaction to a mass shooting by a mentally or medicinally deranged person. Think about it…. The first thing we see after one of these tragedies is a politician on the news espousing the latest tragedy as the reason we need more laws on guns.

The politicians tout more laws on guns because it follows their agenda of confiscation and ultimately banning guns, plain and simple. Oh, that oath of office they took, ya, they “know better”.

The black community looked to the politicians for a solution to these problems. Turns out it was the worst place to look for a solution proven by the last 5 decades of welfare and social programs that has only inflicted a different kind of slavery upon them.

Until the black community looks to itself to correct the cause of the horrendous situation it finds itself in, there will never be a better life.

Only 23% of the homicides in Chicago were brought to the point of an arrest. 23%! Is it because the Chicago homicide department is really that bad or is it that people in the black community will not cooperate with police to arrest those responsible. Take the case of 9 year old Tyshawn Lee. His father, whose gang ties, police suspect, led to the execution style murder of this innocent child, refused to cooperate with the police. Who the HELL doesn’t want to cooperate with the police to find the murderer of your 9 year old child?!   His mother and father did not live together, and the insanity of the following weeks with his mothers Go Fund Me page and then his fathers Go Fund Me Page a week after his mothers was shut down speaks volumes as to what has happened to the black community. 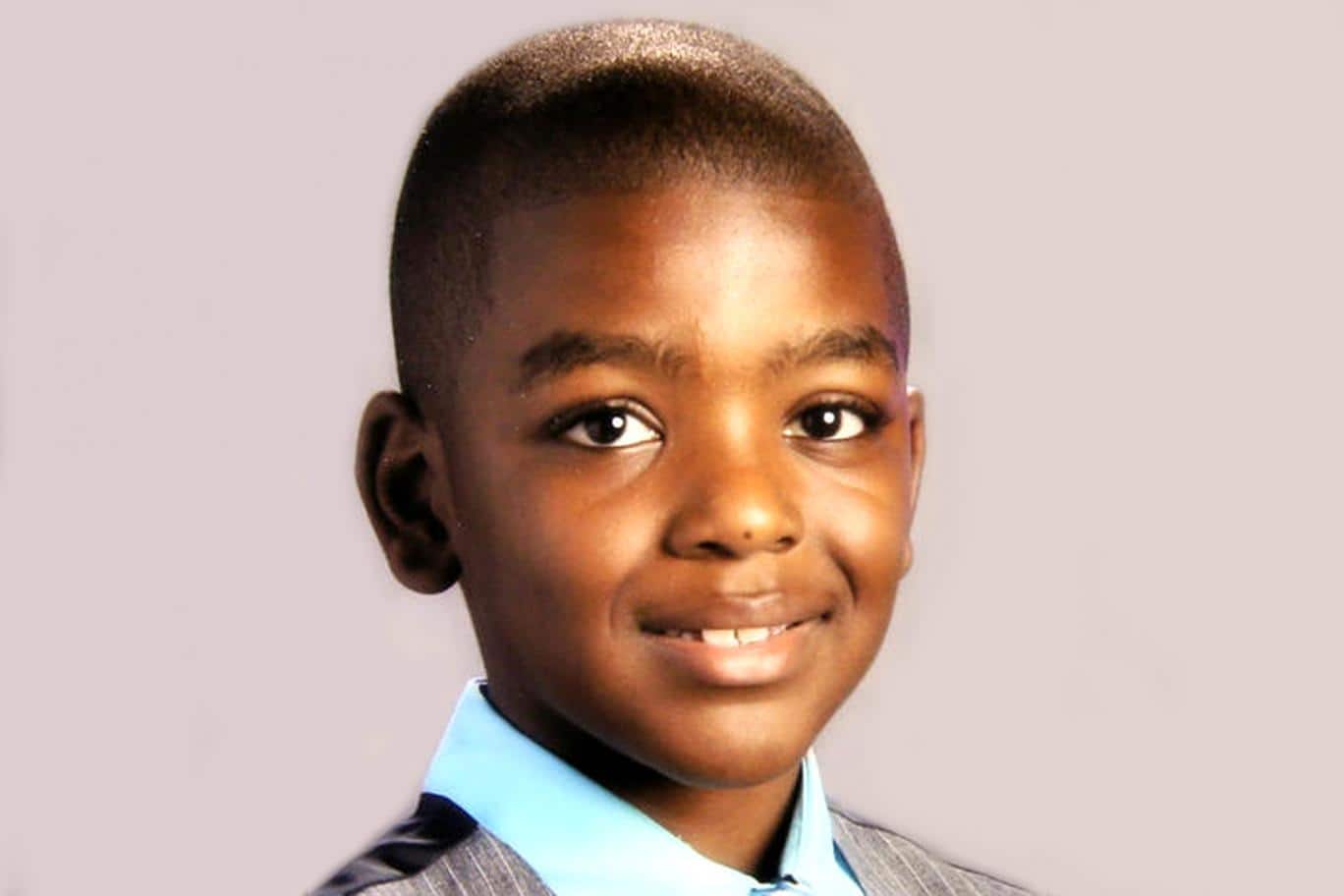 Until the black community stands up and tells these thugs and murderers that your behavior is unacceptable in our community it will never stop.

Statistics in this article were gained from the following: