Facebook announced that it is banning private users from coordinating private sales of firearms on the social media network AND the mobile app Instagram .

Don’t confuse this with Facebook banning the sale of marijuana, and ILLEGAL pharmaceuticals, this is a ban on a completely LEGAL product.

Supposedly this move comes due to “pressure form the Government about posts that offer guns for sale, often without background checks”

The truth is, users can’t buy and sell guns of Facebook itself as it is, but as with anything else, users can connect on the site and possibly make arrangements to buy, sell or trade guns. That reasoning is tantamount to banning the telephone because some people may use it to communicate and make arrangements to meet and buy, sell or trade kitchen knives.

What this boils down to is Facebook buckling under groups such as Mom’s Demand Action for Gun Sense in America and Mayors Against Illegal Guns, both groups founded and funded by former Mayor and Billionaire Michael Bloomberg, who had stepped up their demands for changes to Facebook’s policies.

In 2014 Facebook took steps to limit the sales of firearms including blocking minors from seeing posts about gun sales and trades and by requiring Facebook pages primarily used to promote the private sale of regulated goods and services to include language that reminds users to comply with laws and regulations. I strongly agree with their prompting the community to comply with all the applicable laws, but a BAN is over the top.

Are we now going to have Facebook police patrolling the Facebook site effectively removing posts from people’s sites, or will it be some sort of “bot” that is activated by the word gun somewhere in a post? Oh no! Facebook says it’s going to depend on its vast network of users to report any violations of the new rules. Sound familiar? Nazi Germany or perhaps The Soviet Union? All we need is Facebook to change its entry page photo to look like the entry to Auschwitz…

Facebook has CHOOSEN to effectively ban the everyday person from offering a legally owned gun for sale within his personal group of friends under the guise that the Government and Michael Bloomberg “says” it leads to illegal transactions. Show me the numbers Mikey….. Show me the numbers Barry…. This amounts to nothing more that pandering to the hysteria that our politicians and media spew forth on a Dailey basis.

presenting the powers that be at Facebook with “research” connecting unlicensed gun sales on the site to actual gun violence. Well, we’ve seen and heard about Michael Bloomberg paid for “research” before through his not so thinly veiled organizations like Everytown and Mothers Against Illegal guns organizations. All of the so called research is usually debunked in short order by quick searches of the facts that they claim in their “research”.

What amazes me is that ONE MAN, Michael Bloomberg is trying to control our society AND ultimately our constitutional rights. Who does this guy think he is? Oh wait….He’s a Democrat…. I forgot….He saved all of New York from 44oz. soft drinks for cryin’ out loud!

In my state, as with many others, even the sale of a firearm between private parties has to be recorded and approved through the state police. If the seller doesn’t call in for a background check through the State Police HE is in violation of the law and will be criminally prosecuted. Facebook has crumbled to the special interest groups , but more likely to the politicians that are in power as we speak. I can only imagine the conversation:

“Hey Markey, there’s someone on the phone claiming to be the President of the United States”

Zuckeberg: “Really?! He didn’t say anything about more taxes did he? 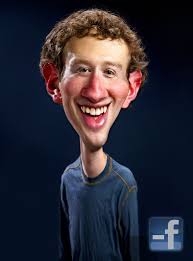 “No, Markey, he just wants to talk”

Obama: Mark, This is Barry, Ya’ know Barry Obama. I’m just calling to tell you that I would really like you to ban all that crazy gun stuff on your Facebook thingy.

Obama: Well Markey, I was hoping you wouldn’t say that…. See if you don’t I will start writing executive actions that will destroy your little empire, I’m sure if Billary jumps into the pool to swim on this one, she’ll stink the water up so bad not even Green Peace will be able to save the dying whale that Facebook will become…. Get it….Markey?

What choice would Markey have at that point?

Zuckerberg: Ya’ know Barry! You’re on to something here…if we’re trying to kill the Second Amendment, why not kill the First as well!

Obama: I thought you’d see it our way Mark…..Click. 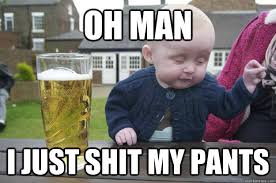 OH, by the way, it has never been possible to complete a firearm purchase on Facebook from start to finish!