Concealed Carry Reciprocity Act: What It Means For Gun Owners 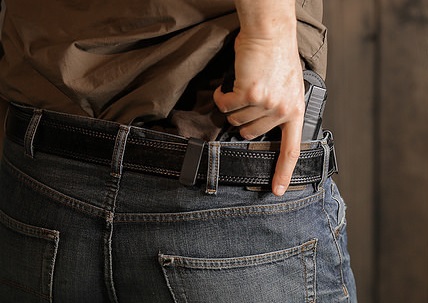 If you have spent any time online or reading the news, you have almost certainly run across a mention of the Concealed Carry Reciprocity Act. This hotly debated topic tends to divide people strictly along political party lines and by whether they identify as conservative or liberal. The act is also dividing states against one another, with some states claiming that a failure to pass the act amounts to unconstitutional restrictions on the rights of citizens and other states claiming that passing the act would violate the sovereignty of individual states.

The issue is complicated, and emotions are running high on both sides. With that in mind, we have compiled everything you need to know to understand fully the issue and what it could mean for gun ownership and gun owners in particular.

What Is Concealed Carry?

The first thing to address is the whole basis of the Concealed Carry Reciprocity Act: concealed carry itself. What does concealed carry mean? The simplest definition is that it is the practice of carrying a weapon in public without it being obvious to everyone around. Most of the time, concealed carry refers to handguns, but some states regulate other weapons such as knives and even large volumes of chemical pepper spray under their concealed carry laws. For the most part, however, in common parlance "concealed carry" refers to carrying concealed handguns.

What Does the Constitution Say?

The Constitution does not speak to the issue of concealed carry. For this reason, each state makes its own decision about how to regulate this aspect of gun ownership. While all the states do have laws permitting certain persons to carry concealed, not all require a permit, some never issue permits as a matter of course, and some make it extremely difficult to get a permit in the first place.

What's the History of This Issue?

Prior to 1813, no one had even considered this issue. In that year, Louisiana and Kentucky passed bans against carrying concealed weapons. At the time, gun ownership was so ubiquitous that law-abiding citizens regularly carried their weapons for all to see. This was not thought strange or threatening. Criminals were the ones who typically concealed the fact that they were carrying a weapon, and this was the reason given for passing the bans. Other states followed suit, and by the mid-20th century almost every state had passed a law to regulate concealed carry.

What Are the State Laws?

In these states, no permit is required to carry a concealed gun. Currently, 15 states are unrestricted, albeit with some caveats. For example, in Idaho, only residents over the age of 21 may carry concealed. In Maine, those without a permit must immediately inform law enforcement of their weapon if stopped.

Citizens must obtain a permit to carry concealed, and local authorities have discretion regarding whether or not to issue a permit. Often, such states require that applicants demonstrate they have "good cause" to carry concealed. Currently, 11 states have may-issue laws.

Citizens must obtain a permit to carry concealed, however, the permit must be granted if the applicant fulfills all the criteria. Local granting authorities are not given the discretion to withhold permits or require "good cause." There are 43 states with such laws though some have them solely for purposes of reciprocity with other states and citizens are not required to get a permit to carry concealed within the state.

These jurisdictions almost never allow private citizens to carry concealed. At this time, none of the 50 states have this as an official policy, though it is in practice through much of New York, California, New Jersey, Massachusetts, Hawaii, and Maryland.

What Does Federal Law Say?

The federal government has passed several acts that in effect regulate concealed carry. The Firearm Owners Protection Act, for example, makes it legal for a gun owner to transport a gun across state lines so long as the weapon is legal in their state of origin and destination; though New York does not recognize this law and forces anyone caught carrying a weapon through their state to go to court and actively defend themselves using this act.

The Law Enforcement Officers Safety Act recognizes the unique threats against off-duty and retired law enforcement personnel and makes it legal for both these groups to carry a concealed firearm in any state. Again, Maryland and New York refuse to recognize this law.

What Is The Concealed Carry Reciprocity Act? 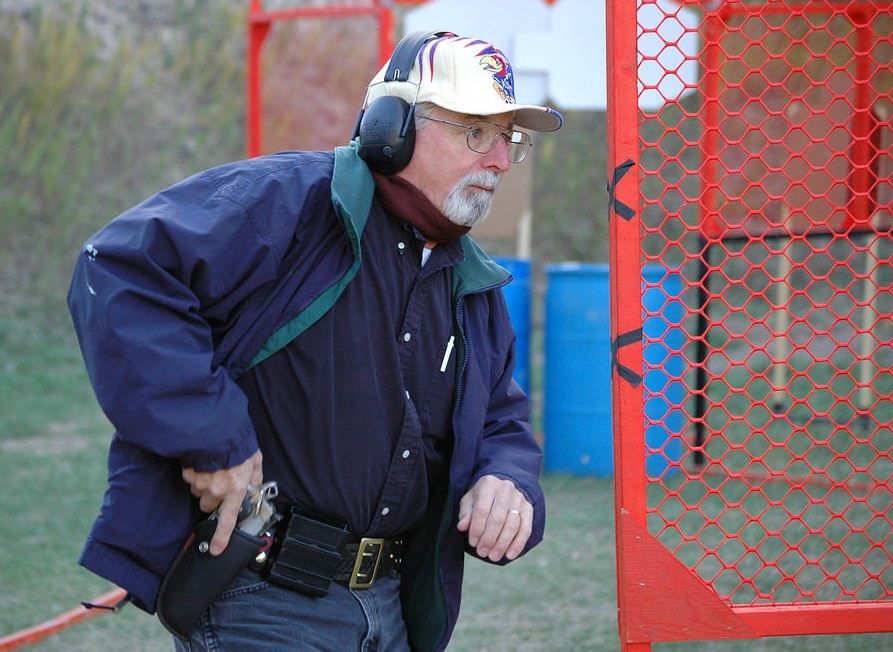 The Concealed Carry Reciprocity Act Of 2017 is the newest attempt to standardize concealed carry laws across the country and would amend Title 18 to require that all states recognize concealed carry permits from other states. Something like this act has been proposed several times in the past decade.

What Does It Say, Exactly?

According to the writers, the act is intended to "provide a means by which nonresidents of a state whose residents may carry concealed firearms may also do so in the state." In the subsections, this is clarified to explain that a person would be able to carry a concealed gun in any state if they:

Other parts of the act also specify that permit holders would only be able to carry in states that do "not prohibit the carrying of concealed firearms by residents of the State for lawful purposes." Furthermore, the act states that possessing a concealed weapon under the act would be "subject to the same conditions and limitations" that any state or jurisdiction might impose.

What Is the Status of the Act?

Congressman Richard Hudson initiated the bill to pass the Concealed Carry Reciprocity Act and had over 200 co-sponsors in the House of Representatives. The House of Representatives passed the bill in December 2017. It is currently awaiting a vote by the United States Senate. Pres. Donald Trump initially promised to sign the bill into law but has since stated he would prefer that certain stronger background check features, advocated by Sen. John Cornyn of Texas, be added to it.

Who Supports and Opposes It?

The bill is supported by many United States representatives as well as many senators and the President. It has the full and enthusiastic support of the National Rifle Association and many other gun ownership advocates and organizations, such as the Firearms Policy Coalition.

It is opposed by many, if not most, Democrats in the House and Senate, some on the grounds of states' rights and some because of public safety concerns. It is also harshly condemned by gun-control advocates in general. It has also been opposed by the states of California, New York, and New Jersey. Some law enforcement professionals have voiced active opposition to the act while others have given it their wholehearted support.

What Does The Reciprocity Act Mean For Gun Owners? 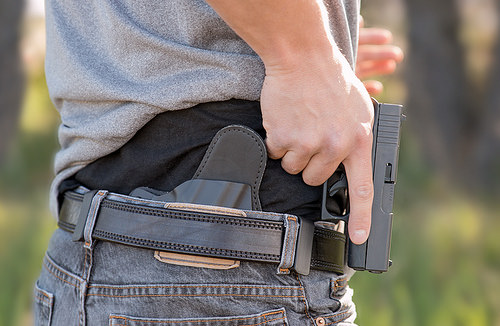 The Argument of Proponents

Proponents of the Concealed Carry Reciprocity Act argue that the act provides a solution for the complex patchwork of contradictory state laws. Not only do states and jurisdictions have varying laws, but these laws frequently change and sometimes even multiple times in a year.

As a result, by crossing a state line, a person could go from being a law-abiding and responsible citizen to becoming a criminal. They argue that the act is necessary in order to protect the Constitutional right to bear arms and that increased concealed carry will result in a decrease in violent crime.

The Argument of Opposers

Those opposed to the Concealed Carry Reciprocity Act argued that national reciprocity would effectively negate the rights of individual states to regulate their own citizens and territory. Instead, all states would by default become regulated by the laws of those states with the loosest requirements.

They also worry that looser concealed carry laws in a rural, low crime, lightly populated state such as Maine are not appropriate for states like California with its dense populations, high crime rates, and packed city environments and that the change to the law will result in more crime.

What Would the Upshot Be?

It's hard to say at this point what the final consequences would be if the Concealed Carry Reciprocity Act, in its current form, were to be passed. The immediate effect would be to allow gun owners more freedom to carry concealed weapons into other states. In theory, a person from Nebraska with a valid concealed carry permit, and carrying photographic ID, could carry their concealed weapon on the streets of New York City.

In the long term though there could be other unintended consequences. For example, since the law specifies that it only applies to states that allow concealed carry in the first place, many expect states already unfriendly to guns, such as New York and California, to ban simply concealed carry entirely.

They have proposed the Concealed Carry Reciprocity Act several times in the last few years. Only recently has there been positive steps towards passing it and it seems possible the act will be passed at some point in the next year or two. For law-abiding gun owners, the act is a welcomed move in the direction of resolving confusion and contradiction for supporting Second Amendment rights.