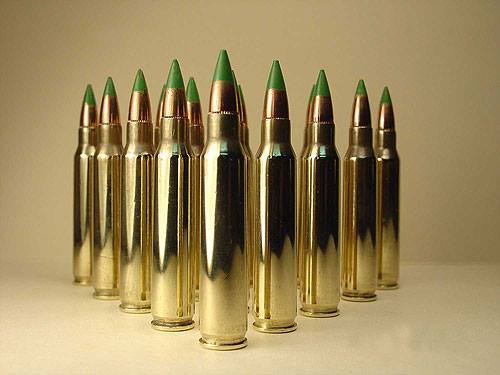 When it comes to defensive firearms, rifles have unquestionable advantages over shotguns or pistols and any shooter will agree. For one, there’s no denying the power that a rifle offers. At the same time, reload times are superior in the case of the rifle. Last but not least, there’s capacity to think about. The only issue with such a powerful weapon is the legal limitations that come with its ability to penetrate barriers and to cut through soft body armor.

Luckily, the Second Amendment to the U.S. Constitution grants all natural citizens the right to bear arms, so using such a rifle as a defensive arm is not forbidden to civilians. The only issue, however, is choosing the correct ammo for your rifle. Shooters and rifle enthusiasts have long discussed the differences between 223 ammo and 5.56 NATO calibers. But which is the best choice?

The 0.223 started out as a lengthened version of the 0.222 Remington and represents the sporting version of the 5.56 cartridge that Remington adopted in 1964. The curious thing about the .223 is that it was soon promoted as a varmint cartridge because of the fact that the majority of US states oppose the use of .22 centerfires of medium game. The issue with them is that they lack sufficient killing power. With time, the .223 became subject to the NATO standardization that ultimately insured its popularity with hunters.

The .223 is a great target shooting cartridge that ensures a broad and shallow wound channel when shot at ranges smaller than 100 yards. This changes when the projectile is shot at a distance exceeding 100 yards, when the wound channel becomes narrower than those you would expect from cartridges 6mm and upwards.

Note, though, that despite their very similar external dimensions, the .223 and the 5.56 are not the same. You have to know your rifle very well, because the different chamber pressure levels will dictate which ammo to choose. A rifle that is built to withstand the chamber pressure that a 5.56 NATO involves should have absolutely no issue shooting .223 ammo. The issue, however, is that the reverse is not applicable. The difference is enough to cause over-pressure malfunctions, including blown cartridge case heads and popped primers.

The two also differ where chambers are concerned, specifically the length of the throat (or the leade). In the case of the 5.56, the leade is nearly 2 times as long as the leade of the .223 chamber. This may seem unimportant, however, if a 5.56 were to contact the barrel rifling too early, the pressure spikes could lead to malfunctions and even chamber damage.

Best 223 Ammo and Knowing What to Choose

Though what defines the best 223 ammo is subject to personal interpretation, there is one general rule of thumb that you should be mindful of. Inexpensive, steel-cased, Russian-manufactured, full-metal jacket ammunition is the worst decision that you can make for your rifle. Their problem is the fact that, because of their thick jacket and lead core, they don’t fragment properly. Consequently, the bullet continues its trajectory well beyond its target, therefore offering minimal stopping power.

Overall, the .223 performs great, is both inexpensive and accurate. Sporting rifle manufacturers produced barrels with twist rates of 1:12 for a long time before increasing twist rates to 1:9. That’s because some .223’s would tumble on impact when shot from rifles with a 1:12 twist. Everything is about accuracy and you should be able to determine whether your particular firearm is capable of producing the accuracy that you expect. Make sure to study your barrel’s twist rate. You can do so by either studying how a ram rod revolves inside or by consulting your rifle’s manufacturer data.

Now, you can find good quality 223 bulk ammo; however, I prefer testing ammunition out before deciding on a particular manufacturer. What you’re looking for in .223 and 5.56 ammo is penetration: you’ll want bullets that penetrate at least 10-12”.

If you have a preference for deep-penetrating bullets, choose from the multitude of options offered by Black Hills, Federal’s T223M3, T223M, T223L, T223F, T223E, XM193 and many more. Hornady, HSM and Winchester also offer such bullets.