Funding Given to the National Instant Criminal Background Checks 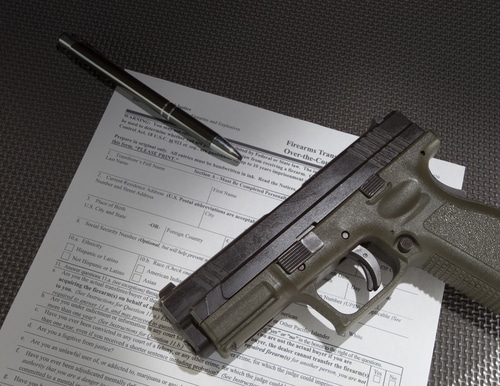 The NICS (the National Instant Criminal Background Check System) exists for the sole reason of protecting people. Every gun obtained legally is in the system, every person who legally owns a gun is there too. The NICS is the backbone of the American justice system and without it a lot of criminals and wrongdoers would walk unpunished. The NICS doesn’t let the wrong people have access to guns and explosives, also, it ensured that everything goes smoothly between gun buyers and gun brokers.

Federal Firearms Licenses, or FFLs, make use of the NICS to determine if a buyer is eligible to buy guns or explosives. The whole thing lasts but a few minutes. The cashiers call in to check with the FBI or other agencies that are designated for each state to make sure the customer doesn’t have a criminal record or is simply ineligible to buy firearms. In the last 10 years, there have been 100 million checks and more than 700,000 denials.

The NICS is saving lives in the U.S and the system just got some big help in the form of a bill that boosts funding for background checks for guns. The decision was highly influenced by the mass shooting that took place in Isla Vita, California, where Elliot Rodger, took the life of 7 people, including his own and injured 13 others. The bill was advanced May 29, less than a week after the killing.

The Chief co-sponsor of the chair of the House Gun Violence Prevention Task Force states that:

“The background check system is only as good as the data you put in it. And right now, all the information isn’t getting in. When the information doesn’t get into the system, we can’t enforce the law, and dangerous people who otherwise wouldn’t pass a background check can slip through the cracks and buy guns. Everyday our background checks system stops more than 170 felons, some 50 domestic abusers, and nearly 20 fugitives from buying a gun.”

The amendment, which passed 260 to 145, is a rare victory on both sides of the camp: the gun rights advocate groups and the gun control groups. But this isn’t the first time a mass shooting prompts financial aid for the NICS. After the Virginia Tech mass shooting, both sides of the camps authorized the Department of Justice to give $190 million to the gun checking system. But now the Congress is close to funding that mandate, which is new territory for the system.

The bill needs to be passed by Senate and then signed by President Obama and if that happens, then the funding to for the NICS would be

increased by $19.5 million. The money would be used for improvements to the database, which is now quite faulty and dysfunctional.

Although the system is a long way from being perfect, a new study for the Johns Hopkins Center for Gun Policy and Research supports the efficacy of the NICS. In 2007 the state of Missouri repealed the state law that required people who wanted to buy a gun to obtain a permit that showed they had passed the background check for guns. The murder rate increased with 16 percent, around 60 more crimes happened that year in the state.

NICS is located in Clarksburg, West Virginia, FBI’s Criminal Justice Information Services Division. The background check system provides service to Federal Firearms Licenses in 30 states, the District of Columbia and five U.S.A territories. The National Instant Criminal Background Check System is available to the public for 17 hours a day, seven days a week (except for Christmas). If you plan to call for any inquiries you might have, know that the calls and recorded and monitored: (304) 625-5590.

What are your thoughts of the NICS? Do you think it’s a faulty system that needs a financial boosting? Let us know what you think by commenting in the section below.