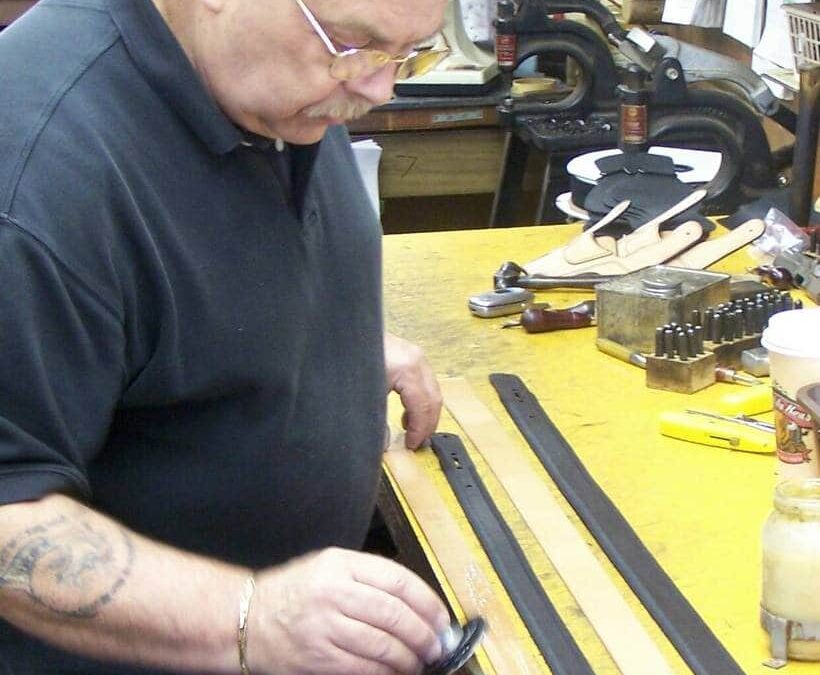 Alessi Holsters was started in 1974 by Lou Alessi with the concept of making one holster at a time that would be designed and crafted to the customer’s specifications. Lou built his business by not only being aknowledgeable and very personal guy, but by never compromising on any step in the manufacturing process for the sake of speed or cost cutting. Only the finest leather, heavy bonded and lubricated nylon cord, double stitched at all stress points coupled with his unique designs and incredible attention to detail built a business that continues to thrive many years after his passing.

Lou never produced “gimmick” holsters. He extensively tested every one of his designs before he ever offered them to the public. Only after hand crafting thousands of holsters for customers throughout the world, did he begin to offer the best and most requested designs to the “general public”.

It may be hard in this day and age to connect “State of the art” and “Hand made” in the same the same sentence or product, but Lou Alessi married the two inextricably. The attention to detail and difficult process of making a holster to fit a specific firearm has proven to this day to be impossible to perform with a machine.  Oh sure, there are many “Machine made” holsters on the market today, many “will do” as the saying goes. The difference is like going to a second hand store to buy a suit and having one custom tailored to fit. The difference for me is, my life doesn’t depend on the suit….. 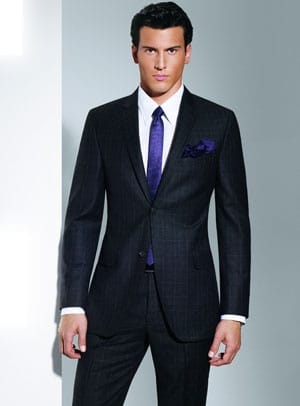 As Lou Alessi began to gain a name and reputation as not only a premier gun holster craftsman, but also as an artisan that could take an idea from a concept and transform it into an actual working gun holster, a large contingent of professional security officers, Law Enforcement and other professionals who carry a hand gun as a matter of daily routine, flooded his order desk.  The United States Military and even foreign militaries vied for his time and talent to produce gun holsters for their elite forces. Given the nature of the process involved in making each gun holster, there was a time that even being able to order a hand made Lou Alessi holster was a herculean task. 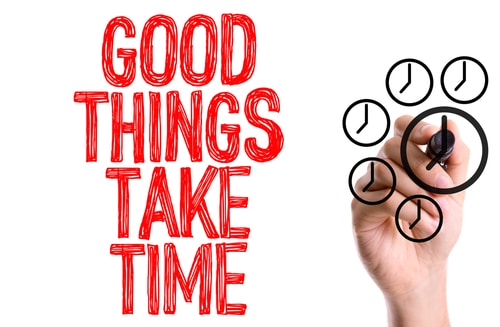 Time. What amazes me is after someone reads about the lengthy and arduous process of hand making a gun holster that they somehow think that there is one laying on the shelf! “I’ll Take the Inside the waist band (IWB) for my 4.5” Ed Brown custom 1911 please”. Only to be surprised or get miffed when they are told it will be 6 to 10 weeks before delivery. What part of “Hand Made to your gun” didn’t you understand? Think about this for a minute, If  Alessi Holsters offers 100 different holster designs with or without 4 common options in 3 different finish colors for, oh, say 150 different guns, that would result in about 24,000 different variations of gun holsters…… One on the shelf?  Not possible, not “hand made”. 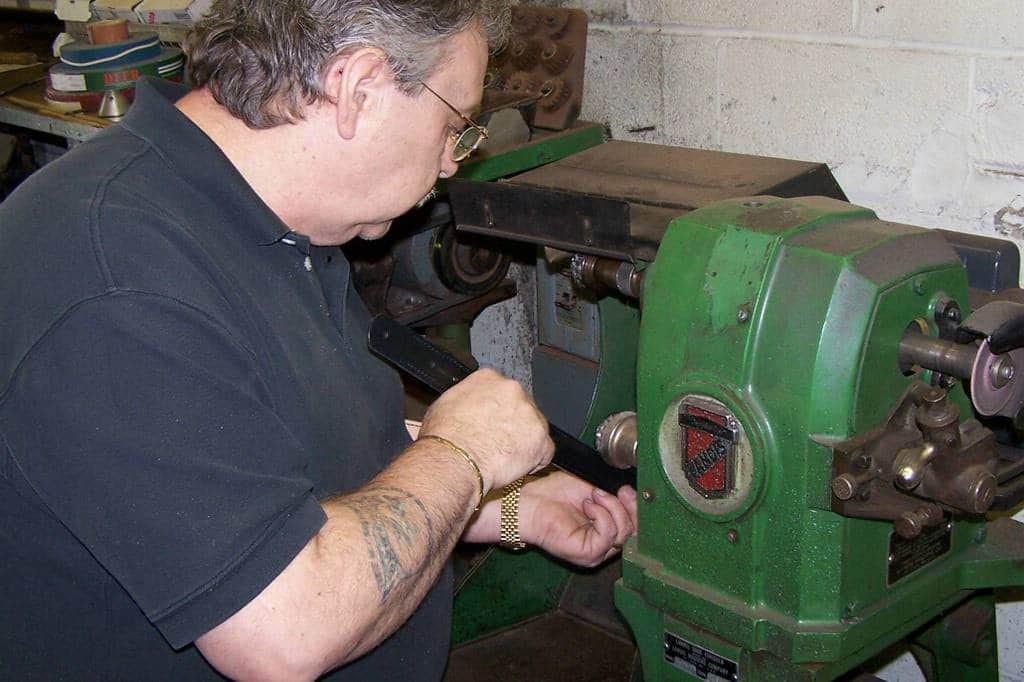 This is where many of the “Off the shelf” and “one size fits many” manufactures came into being. I am not disparaging them, I just accept them for what they are. I own many of them. Owning an off the shelf holster and custom made gun holsters makes the comparison very easy.  Grade of leather is the first readily apparent item that becomes evident. Mass produced gun holsters made of leather are much thinner, not only in width of straps on shoulder holsters, but in dimensional thickness of the leather. Then there is the difference where grade of leather becomes really apparent…. Flexibility…. Cheap thick leather can be very stiff and hard. Try wearing a shoulder holster that is made with poor grade leather. Straps that are stiff and hard wear on your shoulders, stiff, hard leather causes the shoulder rig to hang at awkward angles, causing discomfort and unwanted “printing” through outer garments defeating the principles of concealed carry. 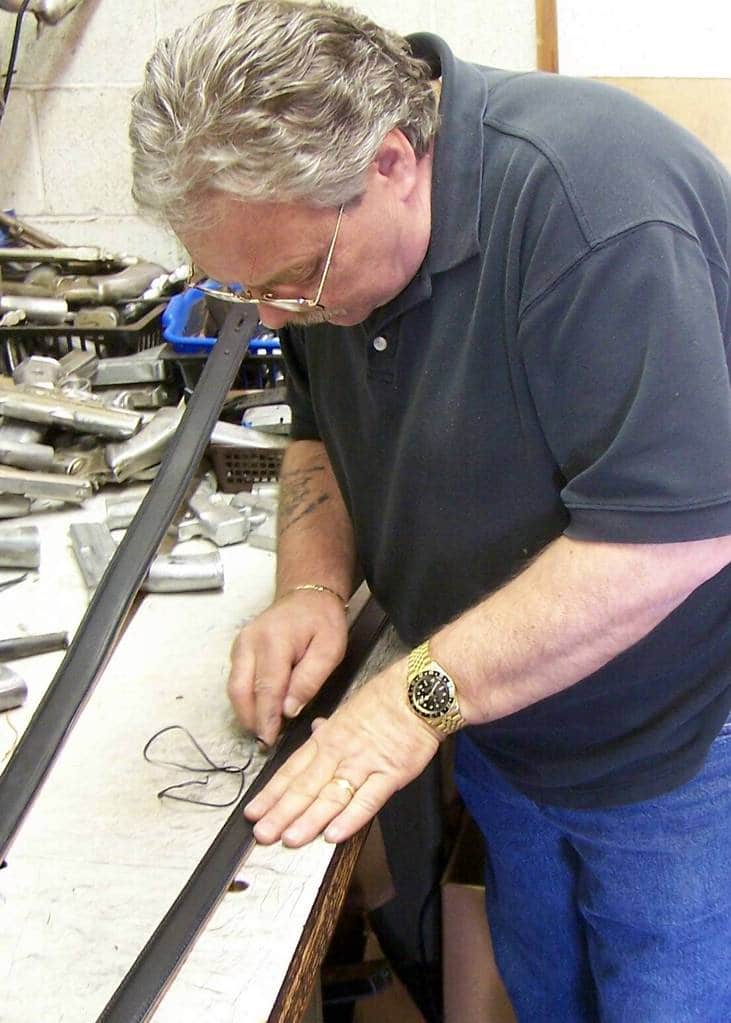 The Alessi Holsters Legacy of Quality Lives On

Sadly, Lou Alessi passed in February 2009.  Naturally following such a tragic event there was much confusion. Out of this confusion a long term employee by the name of Tom Kulwicki rose to the top and came to an agreement with the Alessi family to continue the Alessi Holsters Company. Tom has, and continues to build holsters one at a time with the same attention to detail and quality that his mentor instilled in him.