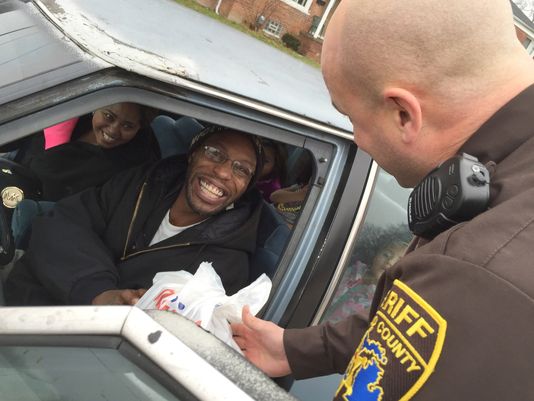 On October 7, 1999, Washington State Trooper James E. Saunders, 31, was shot multiple times at point-blank range while conducting a traffic stop involving a pickup near the intersection of 28th Avenue and Lewis Street in the Tri-Cities, Washington. This may have gone largely unnoticed across most of this great nation, but it this community in Washington State with great force. Trooper Saunders was an outstanding Trooper and my friend.

Forty-nine officers were killed in traffic-related incidents during 2014, which was an 11 percent increase from 2013.  This may not appear to be a large number considering the number of law enforcement officers employed within the United States, yet, no matter the number, it’s too many. These numbers do not reflect the number of officers being confronted with guns or other weapons and sustained injuries from those encounters.

I have been employed as a police officer since 1988. I worked narcotics undercover for 3 years and have been a detective since 1998. I love my community and this job.  Through my experience, I know that the two most dangerous situations an officer finds himself or herself in, is conducting traffic stops and responding to domestic violence calls. You would think it would be serving search warrants and arrest warrants for dangerous felons. It is not. In those situations, the officers know that there is danger in conducting those tasks. Not everything can be anticipated, but threat assessments are documented and safety considerations are addressed. This can take hours or even several days. 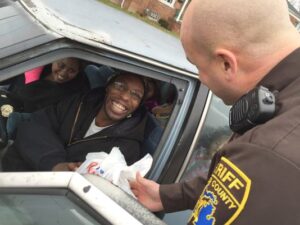 Obviously this cannot occur every time an officer conducts a traffic stop. When that officer approaches a driver’s window or passenger window, he/she does not know who is in that car, why they are driving in a particular manner, and whether there are underlying circumstances (other than a traffic violation) that the occupants might be worried about.  And most of all, the officer is wondering if anyone in the vehicle is armed and motivated enough to avoid being apprehended.

After all that being said, I want to add that I am a strong advocate for our Constitutional Right as American citizens to bear arms. However, I also believe in being safe while doing so. I was asked to write as an LEO (Law Enforcement Officer) what LEO’s would like to see to make the citizen and the officer safe. I cannot speak for all LEOs or what each LEOs response might be. So instead I will present some tips that I would follow and have practiced when stopped. (No one is a perfect driver and “we” don’t all know each other.)

I keep my hands on the wheel. If it’s dark outside, I turn my dome light on. This allows the officer a clear view and a safer environment.

If I did not have the weapon, I would also advise the officer of that as well.  States differ and may or may not reflect a concealed weapons permit when running a driver’s check or vehicle registration. In addition, some States require occupants declare whether weapons are being transported. Washington does not require a declaration of a concealed weapons permit or having a firearm on board. However, it is frequently reflected when conducting a driver’s check. I know it would greatly relieve the officer knowing I was being forth coming, rather than the officer having to inquire.

After advising the officer of my weapon, I would ask for direction from the officer regarding how he/she would like me to precede, giving the officer a sense of control and ensuring both of our safety.  If I need to reach for my wallet or other article I would just let the officer know what I am retrieving and where it is located. I try to keep all the required documents in one easily accessible location.  This way, I am able to provide the officer all the documents without rummaging around in center consoles and glove boxes.

If I had failed to follow my own advice and the officer returned to his/her patrol car without my insurance card, registration or other document, I would NOT jump out of my car to give it to him/her after finding it.  I would wave my hand outside my open window in an attempt to get the officer’s attention.

As an LEO I would thank the citizen for letting me know. And quite honestly, I would probably give the driver a break depending on the violation.  Again, I cannot predict how each officer will respond, but my response would be positive.