Police Militarization in the US: Does It Really Help? 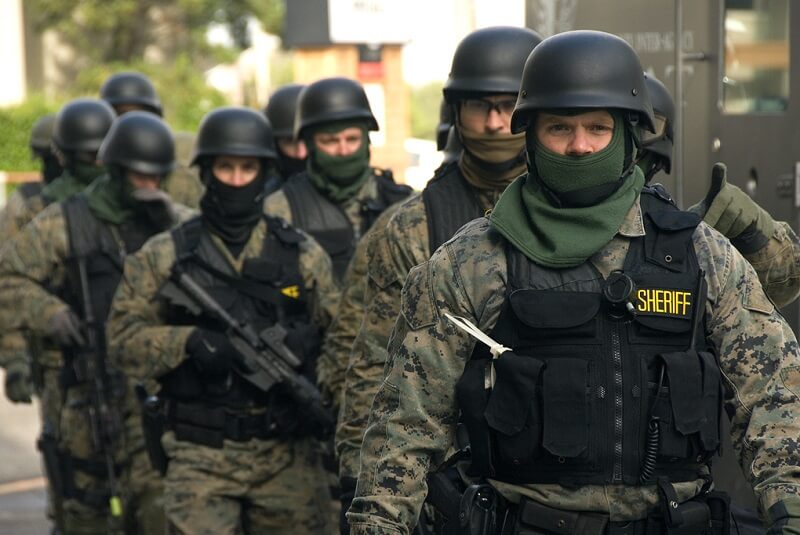 The SWAT team was initially established to handle life-threatening situations and violent civil unrest. Today, however, the American police have started utilizing SWAT tactics. This is what people mean when they refer to the U.S. police becoming militarized.

In addition, the SWAT teams are now being called in for minor situations in which they actually aren’t needed. Below we will take a closer look at militarization of the police in the U.S. and whether it really helps.

Why Is the American Police so Militarized? 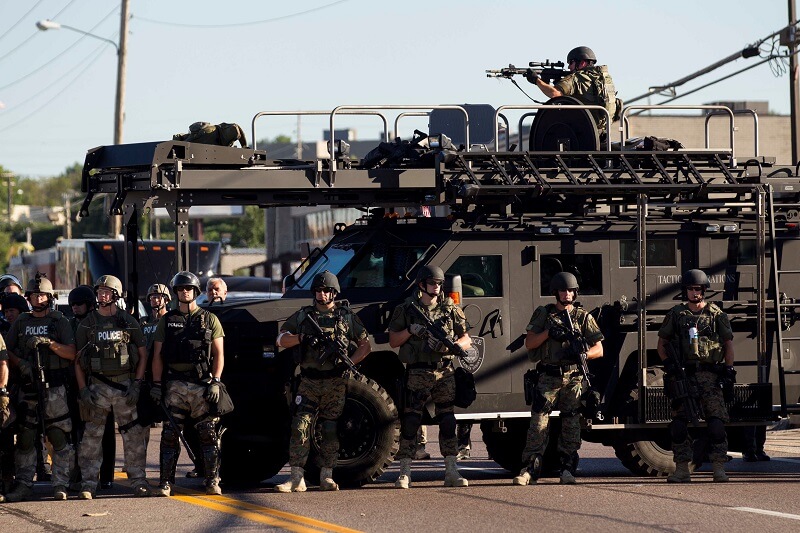 The Los Angeles and Philadelphia police departments were among the first to develop the concept of SWAT teams. Big cities across the U.S. quickly adapted the new concept to combat high crime areas. Additional reasons the American police have militarized are 9/11 and fear of crime.

Police militarization in the U.S. started in the 1960s when the SWAT team was created. It wasn’t necessarily a bad thing. The SWAT team was needed to stop riots, senseless violence, and other dangerous disturbances. Militarization of the police becomes a concern when excessive force is used in situations in which it isn’t warranted.

An example of a mass murder case from the 60s that contributed to police militarization in the U.S. is the Clocktower murder in Austin, Texas. Charles Whitman killed his wife and his mother, then sniped 14 other people from his university’s clocktower. 31 people were wounded. For tragedies like this, having a SWAT team available to call in is a good thing.

According to professor Peter Kraska, the U.S. deployed SWAT teams 3,000 times in 1980. By 2014, SWAT teams were deployed around 50,000 times. Baltimore, Dallas, and New Haven are examples of cities with police militarization. In 2010, New Haven deployed a SWAT team at a bar suspected of serving people who are under age.

Kraska estimates that 50,000 SWAT raids occur in the United States every year. And the ACLU (American Civil Liberties Union) reported in War Comes Home report that 80% of the SWAT raids in 2011-2012 were initiated to serve a search warrant. Many people can agree that calling in the SWAT team for a search warrant is excessive.

The Militarization of Police Pros and Cons

Had we not had the ability to protect officers with those vehicles, I am afraid that we would have to engage people with our own gun fire. I really think having the armor gave us the ability not to have pulled one trigger… I think the military uses armor to be able to provide an offensive force, and police departments use trucks like that so they don’t have to.

Many people who get arrested are good people who have made mistakes, were wrongfully arrested, or were guilty by association. Police officers sometimes use excessive force as a result of a military mindset. For these reasons, caution should be used when militarizing the police.
However, with the amount and type of crime in the United States, some level of police militarization is necessary.