The Mentally Ill and Gun Laws in the US: Regulations and Current Situation 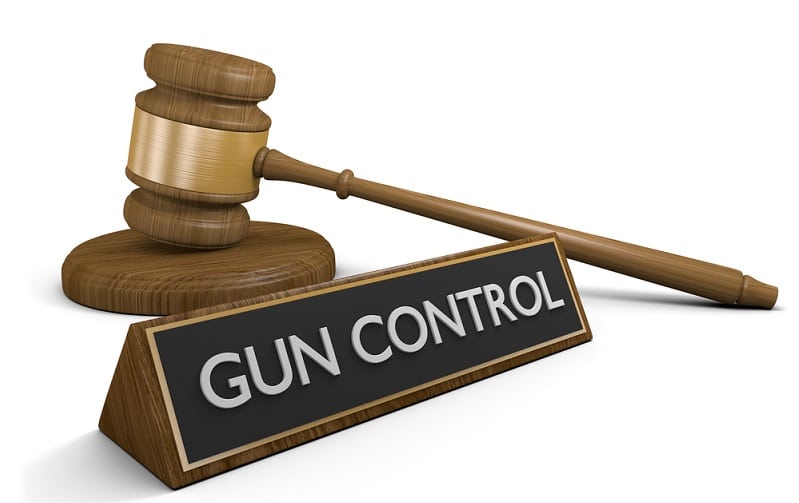 With the uprise in mass shootings and nonsensical killings in the United States, mentally ill gun laws are becoming a topic of much debate. Some people are calling for stricter gun laws. However, it’s not necessarily tougher gun laws needed but greater cooperation from all 50 states.

The federal government doesn’t have much power over gun laws. This is because states think it’s a right belonging to them as per the 10th amendment of the constitution. Continue reading to find out more about this pressing issue.

Federal Law Regarding Gun Ownership for the Mentally Ill

Gun sales to mentally ill people are prohibited by federal law. Many people wonder how guns still manage to get in the hands of those who are mentally ill. One of the problems is the federal government can’t require states to submit information to the NCIS (National Instant Criminal Background Check System) about those who are deemed too mentally ill to safely own a firearm. This provides a loophole for mental illness and gun ownership. Those whose names aren’t shared with the NCIS can pass a background check to obtain guns.

After a few mass shootings, however, some states have decided to willingly provide information on mentally ill residents who aren’t fit to own guns. This has helped limit how many mentally ill people get their hands on firearms. As recorded by the U.S. General Accounting Office, the number of disqualifying records shared by the states increased to 400,000 in November 2007. For comparison, the NCIS had fewer than 90,000 in November 1999. By January 31, 2014, the NCIS had over 3 million records from the states.

A concern some have about informing the NCIS of individuals who are too mentally ill to safely own a firearm is infringement of a person’s privacy. However, the NCIS doesn’t receive much information about the person. They are only given the individual’s name, date of birth, and other similar identifying data. Information on their medical condition isn’t shared.

47 states have laws that either authorize or require the state to provide the NCIS with names of people who aren’t mentally healthy enough to own a gun. Mentally ill gun laws vary from state to state; it’s a power left to the states instead of the federal government. California, Michigan, Ohio, Arkansas, and Utah restrict collection of mental health records to an in-state database.

Most state mentally ill gun laws only prevent people who have experienced state mental health inpatient commitment procedures from buying a gun. All states report at least some individuals who are inpatients in mental institutions. Approximately 50% of states require or permit reporting of people who were found to be criminally insane in a court case. West Virginia, Pennsylvania, Florida, Colorado, Nebraska, and Missouri don’t require reporting to federal authorities when a resident is too mentally ill for a gun.

Who Does the Mental Health Ban Apply to? 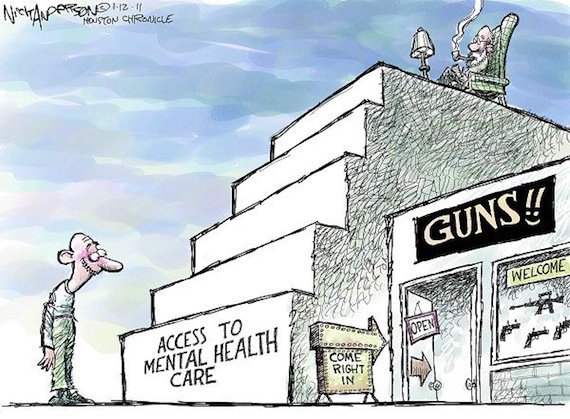 Mentally ill gun laws apply to some individuals with a history of mental illness but not all. When a person with a mental health problem is considered a danger to themselves or others, the state doesn’t allow them to buy guns. As explained above, these people can still get weapons if the state doesn’t report their names to the federal government.

Other people who mentally ill gun laws apply to are those who have been committed to a mental institution or formally judged as mentally defective. Courts, commissions, boards, and other lawful authorities can adjudicate people as mentally defective. Possible reasons a person may be deemed mentally defective include subnormal intelligence, incompetency, mental illness, conditions, and diseases. People who are deemed as lacking the ability to manage or contract their own affairs can be banned from buying guns.

Another important thing to know about mentally ill gun laws is most states don’t ban people who voluntarily committed themselves to a mental institution.

How Is the Background Check Performed?

Background checks involve searching through the NICS’ records. The Brady Handgun Violence Prevention Act, also referred to as the Brady Act, requires licensed dealers to conduct background checks before selling a firearm. Of the four federal databases in the NCIS, the Interstate Identification Index (III) and the NICS Index have information that can disqualify a person from owning firearms based on developmental disability or mental illness.
Background tests are initiated when the gun store contacts the NCIS after the potential customer fills out Form 4473. The gun store gives the NCIS your Form 4473 and social security number.

Instances of mass shootings have been on the rise in the United States. Consequently, it’s likely that more states will start providing information to the NCIS on who in the state isn’t fit to own a gun. This will help decrease how many mentally ill people obtain guns. Mentally ill gun laws were established by the 1968 Gun Control Act. From their establishment, people who are mentally defective as defined by lawful authorities aren’t allowed to own guns. Those who were involuntarily committed to a mental health institution weren’t allowed to own weapons either.

Some states have added new laws to also include people who voluntarily seek treatment for mental illness. In Connecticut, for example, mental institution patients who went voluntarily are banned from guns for six months after release. Most states, however, don’t place limitations on people who willingly submit themselves to a mental institution. In the future, more states will probably put temporary bans in place like Connecticut.

Gun laws banning mentally ill people from owning guns are mostly controlled by the states. This is because the states think it’s a right reserved to them by the 10th amendment of the U.S. constitution. A major problem with the Unites States’ gun laws is not all states report information on mentally ill people who are deemed unfit to own guns to the NCIS. Thus, when a gun store conducts a background check, the NCIS doesn’t have that important information. Hopefully, in the near future, more states will completely ban the mentally defective from owning guns.