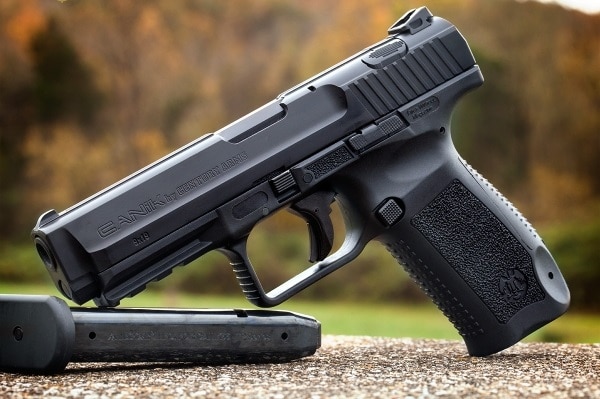 The Canik 55 Stingray (and its more compact version, the Stingray-C) offers accuracy and reliability with various types of ammunition for a price that will not break your bank account. Canik is a well-known and reputable gun manufacturing company based in the historic city of Samsun, Turkey.

Canik’s mission is to provide high quality, high caliber weapons for law enforcement and defense through rigorous research, testing, production techniques, and quality development. Many Canik models have been compared by their owners to notoriously powerful and precise Glock models. In this article, we are going to discuss everything you need to know about the Canik 55 Stingray. 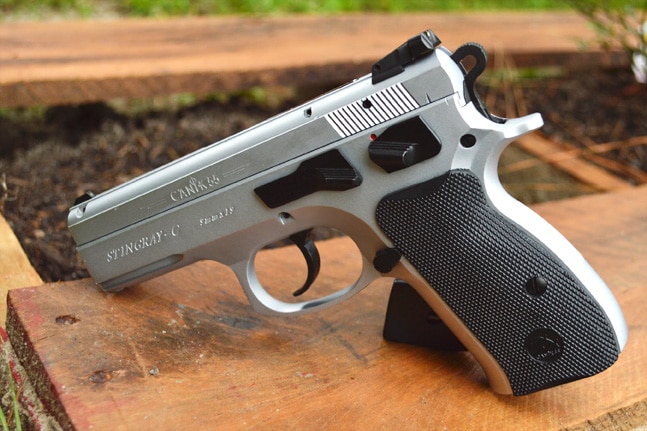 Pros and Cons of Using a Canik 55 Stingray

The 4-point safety system features a Firing Pin Safety Block and an ambidextrous slide stop-safety lever, making this gun great for a right- or left-handed shooter. The Stingray has a loaded chamber indicator DA/SA trigger system.

The Canik 55 Stingray was designed for tactical and task force usage, making this model comparable in precision and power to Glocks. With an empty magazine, the Stingrays and Stingray-Cs weigh 2.38 and 2.31 pounds respectively, yet they are not so small that your fingers will be dangling down. Their weights make these guns easier to shoot than their Glock counterparts. Owners should carry these guns in heavy-duty gun belts.

The Canik 55 Stingray and Stingray-C will not drain your bank account. The manufacturer’s suggested retail price (MSRP)is about $400, and the street price dips down into the $300 range.

Owners report that earlier Stingray models shoot point of aim (POA) without requiring much adjustment. Newer models, however, have higher fixed sight by about 1mm, requiring adjustments be made.

In all fairness, the following statements are purely aesthetic-based gripes and do not reflect performance issues in any way. The loaded chamber indicator seems rather excessive in its appearance. The hammer is not well skeletonized, and the checkered plastic grips are relatively basic.

The thumb safety design is somewhat difficult to engage since there is not sufficient leverage to push the lever up. The Stingray’s double action is also somewhat lackluster; there is little in the way of take-up and lacks the refined smoothness of a CZ. Additionally, ambi controls make getting inside the Stingray even more of a hassle than the CZ since the safety has rolling pins and the slide stop has spring retainers that have to be navigated.

Who Is This Product Best For?

The Canik 55 Stingray is a great pistol for anyone who needs to stay within a $300-$400 budget. In fact, the Stingray is a decent alternative to a CZ or Glock. Left- or right-handed individuals should not experience too many issues with shooting a Stingray since the series features ambidextrous controls. The Stingray is a solid pistol for experienced shooters as well as those who are working to improve their aim.

Despite a few cosmetic and mechanical imperfections, the Canik 55 Stingray and Stingray-C are durable, reliable, user-friendly firearms that provide quality materials without the hefty price tag of a Glock. Unfortunately, the biggest downside for American consumers is finding a seller since Century Arms no longer imports them. However, if you are able to locate a Stingray, it could be well worth the effort and money to add to your arsenal.