The Mossberg 590: A Sturdy and Reliable Shotgun 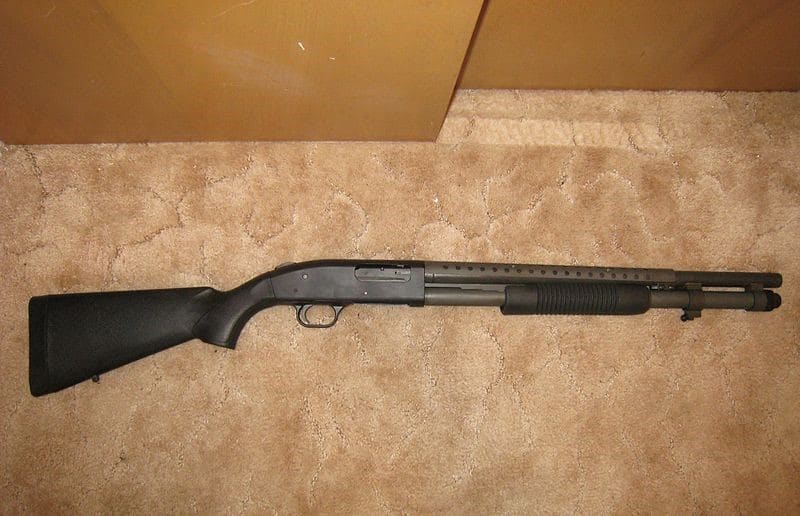 Shotguns have long been considered the equivalent of the popular kid in school when it comes to personal defense weapons that civilians have access to and they still seem to pretty much be the gold standard for self-defense. The Mossberg 590 is a prime example of a reliable and powerful shotgun and it comes in a few different versions that focus on several aspects that gun purchasers might be interested in when looking for a shotgun to acquire. I thought a quick Mossberg 590 review might help you with some important information you need to consider before getting one, so let’s have a look at what this shotgun can do.

The Mossberg 590 A1 is one of the most popular models of pump action shotguns available for self-defense at the moment. It is only one of several variations on this type of shotgun alongside other 20” barrel 9 round capacity models like the Mossberg 590 Special Purpose, the Mossberg 590 Tactical and the Mossberg 590 Mariner. It originated from the Mossberg 500 series and it was the only pump shotgun to ever pass a very strict endurance test conducted by the U.S. Military and conform to the Mil-Spec 3443 standards.

After it passed a 300 round endurance test that allowed very little room for malfunctions and errors, the Mossberg 590 A1 went on to be adopted by the U.S. Army, Navy, Coast Guard as well as by several Special Forces units. It has also been issued to several state and federal agencies and police departments across the United States. So that can pretty much make it clear just how reliable this shotgun is, especially considering it’s been just as popular since it was first approved back in the 1980s.

Let’s have a quick look at what makes the Mossberg 590 a great shotgun. The 590 A1 has two action bars attached which help move the bolt and a single bolt lug which connects to a steel barrel-extension chamber. It offers the possibility to easily remove the trigger group by removing one pin in order to clean it if needed.

It has a tubular magazine that connects to the receiver and that has the barrel collared to it and held in place by a cap. It features both top-tang safety and bolt release controls and has the extension and the barrel connected and button-drawn to the cylinder bore. The Mossberg 590 typically uses 12 gauge ammunition and can be compatible with 3” shells, with the Mossberg 590 A1 fitting both 3” and 2 ¾ “shells. The Mossberg 590 barrel is 20” long and the shotgun can hold 9 rounds in the internal magazine.

But referring back to the Mossberg 590 vs 500 debate, it would seem that the 590 models are sturdier than their 500 counterparts and have a different build to them, with a focus on all metal parts. When it comes to the Mossberg 590 A1 there is also a heavy wall barrel that ensures even more durability. And you want to focus on durability for a weapon designed to perform well in rough environments.

When it comes to the Mossberg 590 A1 there is also a heavy wall barrel that ensures even more durability. And you want to focus on durability for a weapon designed to perform well in rough environments.

When you narrow it down to the specifics, it would seem that the Mossberg 590 A1 is the ultimate model for military use since it shows off a few unique characteristics. Besides the heavy wall barrel, we can also discuss differences in Mossberg 590 accessories that each model can be equipped with.

The 590A1 comes fitted with a M7 bayonet that can double as a combat knife but there are some Mossberg 590 bayonet models that will not be compatible with the 590 A1 shotgun since the bayonet lug that the M7 connects to is not identical to lugs found on several other riffles.

Since the Mossberg 590 A1 was designed primarily for military use it should come as no surprise that it is one of the most reliable shotguns out there. But as is the case with most good things, it comes with a price and that price is, in this case, weight. It’s quite a heavy firearm to carry for long distances in rough terrain if you’re not very physically fit as it weighs about 7.5 pounds unloaded and measures in at 41” in length.

When it comes to the Mossberg 590 pistol grip the A1 model features a firm recoil pad that will come in handy when you fire it since it’s got quite a kick to it. You can have your pick from several available factory installed SpeedFeed stocks but if you like to fire it often and want something that absorbs and reduces the recoil even more you can replace the original stock with one that fits your requirements.

Specifics on the Mossberg 590

When it comes to ammo it can basically handle whatever you throw at it depending on how much power you need, but just because it has great features doesn’t mean you don’t have to practice shooting it. The A1 has a Picatinny rail-mounted ghost-ring sight on the rear and an AR-style fiber optic front sight. These features both help with the aim and ensure a fast target acquisition but you still have to focus when you aim it. However, depending on the ammo you want to use, both the accuracy and the pellet spread varies so test it out at the range to decide what works best for you.

In terms of what an average Mossberg 590 price range might be, that depends on the model you are looking for and how many accessories you will want to get for it but the shotguns themselves usually cost around $500 to $600. However if you look for one on auction sites you can probably find a Mossberg 590 for sale at an even lower price depending on its features. The accessories you can add to it might set you back a few hundred dollars more if you want to customize your shotgun but the weapon itself is very affordable considering how reliable and powerful it is.