Marlin 336 Review – Has the Quality Improved? 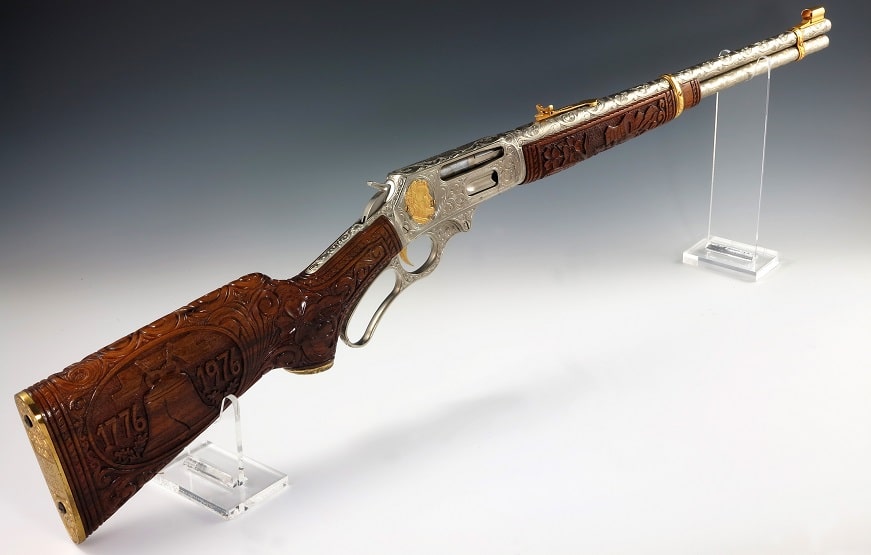 We’re here with our Marlin 336 review, as we see it today, in the .30-30 Winchester model, currently produced by under the Merlin name by Remington Firearms. We will offer a thorough overview of the history of this gun, its characteristics, and what its best uses are.

Prestige and class. Two of the defining traits of the Marline 336 30-30. While it may not be the best rifle in the world, it’s still a highbrow act when it comes to shotguns. With a history of over 60 years, this trusty gun has been handled by so many people that it’s effectively entered gun history as one of the most responsible rifles in the world.

The characteristics that could sum up the Marlin 336 30-30 would be its incredible power, accuracy, its very basic internal mechanics, the ease of use, as well as the more than reasonable price. Therefore, the rifle was most useful for hunters out in the wild searching for their game.

Can I Use the Marlin 336 as a Primary Hunting Rifle?

We don’t particularly recommend the Marlin 336 for the role of a primary hunting rifle, but we would most definitely recommend it as a secondary rifle for just about any use. Unlike its predecessors, the Marlin 336 features a lever action trigger (as you can see in the pictures) and an ejection mechanism that releases the used cartridges from the side. This is by far its biggest advantage compared to other rifles since it can now easily boast a scope, improving its accuracy by a great deal (seeing that it’s a shotgun with a lot of recoil).

How Can I Improve Reload Time?

The gun can load 6 cartridges into its tubular magazine, and it requires a reload after every shot like every other lever action shotgun. This greatly slows down the time between shots, but with enough practice and a Marlin 336 kept clean at all times, this reload time can be improved.

Can It Down Big Game?

Seeing as Remmington only makes .30-30 and .35 models, no current Marlin 30-30 Model 336 is effective against big game. Older versions were made to fit a lot of different calibers, from the .44 Mag to the .32 Special, the .219 Zipper, and even the .410 Bore. You can still find these for sale as second-hands and would have absolutely no problem downing any wild beast considered to be “big game.”

What about Safety Features?

Another advantageous safety feature of the Marlin 336 30-30 is the pin on the lever. While other lever shotguns you unlock by pulling the lever close to max, with this one you actually need to pull the lever the whole way. This significantly increases the safety of the rifle. The trick here is that there’s a small pin right where the lever is supposed to make contact with the gun. This pin is only activated when the lever is completely up.

Can I Use a Scope?

One can also add, if they like, a scope to the Marlin 336. Seeing as it is a gun for the woods, mainly used for hunting, it can work very well with a scope. The original Marlin add-on can be ordered complete with peeps or ghost rings sights, but it can also hold a scope since Marlin equipped the original with a reversible hammer spur.

Is It Easy to Clean?

Because it’s such a simplistic rifle in its mechanism, the Marlin 336 is also very easy to clean. This has been one factor which contributed to its popularity. Seeing that shotguns already have a slow fire rate, a dirty shotgun can slow that down a lot. So, naturally, having one that is easy to clean helps a great deal. 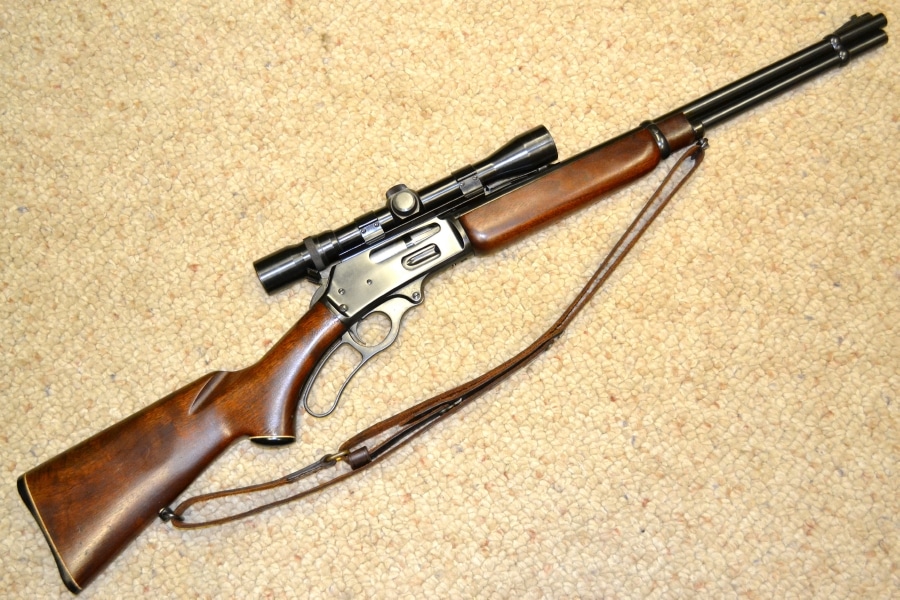 This loyal rifle had its birth some two centuries ago in the year 1893. What was then the marlin 1893 would revolutionize the shotgun market by providing a more sturdy and reliable contender to the models that were available at the time. Its innovative features were the two-piece firing pin and the new locking bolt system.

Incredibly successful, the Marlin Model 1893 continued to stay in production until 1936. Then, it underwent some design changes and hit the market as the Model 1936 (later simply 36). The new design had a different stock, different sights, and a new forearm. Then, in 1948, the gun got an overhaul once more in favor of the current Marlin 336.

This shotgun had a pistol grip stock made of walnut, a 20-inch barrel length, and a full tube magazine. Marlin has also produced four other versions with different barrel lengths (from 16.25 to 24-inch).

The Marlin 336 is a beautiful gun. I hope you liked my review and that you’ll now be looking at this living piece of history with more warmth. Do you have a Marlin 336? What year is the make? What do you use it for? We personally would love to hear some neat game hunting stories about you and your trusted friend, the Marlin 336 30-30.