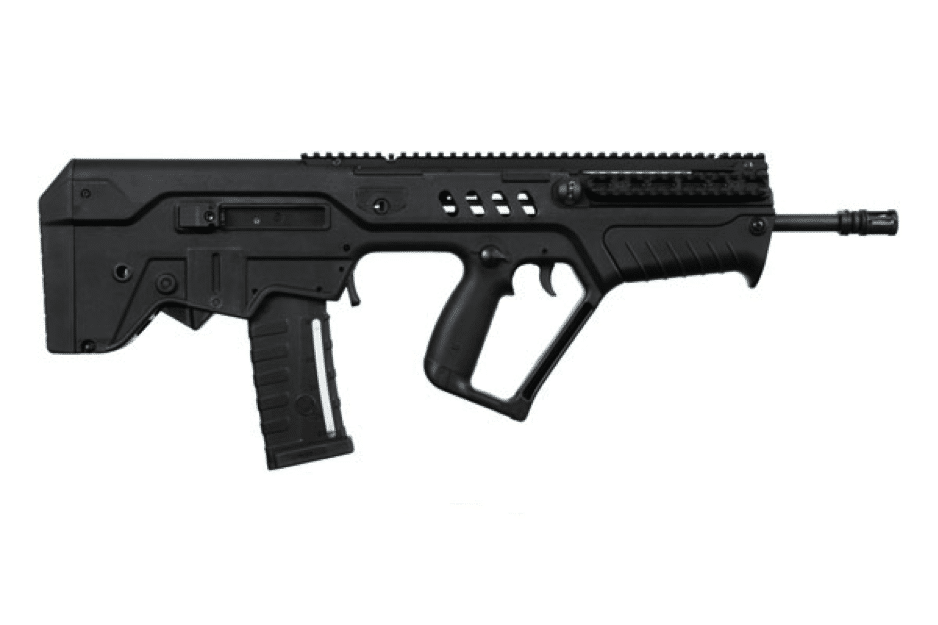 With so many different guns on the market, and all the differing opinions on self-defense firearms, it can be difficult to choose the most practical, effective gun for home defense.

The two primary opinions on home defense guns will tell you to get a 12 gauge shotgun or some type of handgun. Neither of these theories is correct. Let’s consider handguns first and then shotguns.

The most effective weapon for self-defense is a shoulder fired design. Handguns exist for only one reason; portability. They are easy and convenient to carry with you and because of that reason, they are easier to conceal than a rifle or shotgun. Other than a need to conveniently carry a firearm with you, there is no advantage to a handgun. Handguns are much less powerful than long guns and therefore less effective at stopping an attacker. Additionally, handguns require more skill and practice to shoot accurately – especially under combat conditions. (For the purposes of this article I use the word combat in its most basic definition – a dangerous, possibly lethal encounter between people)

With handguns eliminated from the search for the ideal home defense gun, let’s move on to shotguns. Popular opinion picks a shotgun for self-defense and perpetuates a couple of myths. The first one is an intruder will flee upon hearing you rack the slide of a pump action shotgun. That is simply not true. Breaking into a home is not a rational action. Expecting rational behavior from someone who has broken into your home is a bad idea. It’s possible that an intruder will flee upon discovering an armed individual in the home, but don’t bet your life on it. The second myth is that you can’t miss with a shotgun. I don’t know how many times I’ve heard someone say that you can simply point a shotgun in the general direction of the bad guy and pull the trigger. Again, simply not true – especially when using 00 buck shot or other self-defense shotgun rounds. An unskilled shooter can easily miss with a shotgun.

Shotguns have a heavy recoil and while anyone can learn to effectively use a shotgun, too many people are afraid of the recoil and will never develop the skill to properly use it. A practical home defense gun should easily be used by anyone in the home old enough to learn how to use it and be comfortable shooting it. While a shotgun is a better choice than a handgun, I believe the recoil makes it unlikely that everyone in the family will be comfortable using it. Of course, this depends upon your specific family, but the accompanying video illustrates my point.

Tavor rifles are made in Israel and are the civilian equivalent of the Israeli battle rifle. Tavor rifles feature a bullpup design with allows them to be shorter than traditional rifles, but still maintain the full length barrel and stopping power of a rifle.

The Tavor is only 26 inches long and weighs 7.9 pounds, with most of the weight in the rear of the weapon and supported by your shoulder. On a traditional rifle, like the AR15, most of the weight is in the middle or end of the weapon and supported by your arm. The short, compact design is perfect for home defense situations. The Tavor’s action is driven by a gas piston which makes it function cleaner and more reliably than an AR15. The Tavor is also completely ambidextrous so it can be used just as easily by right handed or left handed shooters. Tavor rifles fire the 5.56mm round (the same as AR15s) and use AR15 magazines.

Tavor rifles come with flip up sights, but any AR15 scopes would be effective as well on the Tavor. A built in 1913 Picatinny Rail on top of the Tavor allows for mounting optics and a side mounted rail comes standard for lights, lasers or other accessories.

As the Tavor becomes more and more popular, Tavor accessories are becoming plentiful and easy to find. While you may not find a Tavor rifle for sale at every gun shop, they are fairly easy to find or can be purchased online and shipped to your local dealer.

The downside of the Tavor is its cost. It costs quite a bit more expensive than a standard AR15, which may place it out of reach for some people. In that case, I recommend a lightweight, AR15 carbine like the Smith & Wesson M&P Sport. An even better option is to build your own AR15 with an Odin Works UltraLight Barrel and Mag Tactical Upper and Lower receivers.

Some people will read this and scoff about over-penetration of using a full-size rifle cartridge for home defense. Many 5.56 “self-defense” rounds actually offer less danger of over penetration than handgun and shotguns rounds. Take a look and Hornady TAP Urban ammunition, and other similar rounds, that basically explode and mushroom on impact.

A semi-automatic rifle is the best gun for self-defense. They have little to no recoil and are simple and effective to operate. Being shoulder fired, they are easier to shoot accurately under the stress of combat. Using the right bullets, they will put down any attacker and have the same, or less, danger of over penetration as a handgun.