Hearing Protection Act: What It Means For Gun Owners 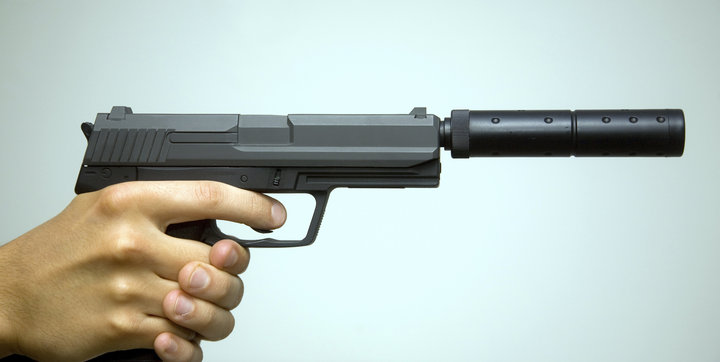 Gun Control is one of the most controversial issues in America, primarily since the incidences of mass shooting have increased in the recent past. Although opposers of gun control in the United States argue Gun Control regulations in the United States are strict, the United States has the most lenient gun control regulation in the world. About a half of privately owned guns in the world are in the US, which also explains the high incidence of gun violence in the country. In January 2017, Rep. Jeff Duncan introduced a bill known as The Hearing Protection Act in Congress, which added to the controversy surrounding Gun Control.

What Is The Hearing Protection Act?

The Hearing Protection Act is a bill that aims at removing the restrictions present in the National Firearms Act of 1934, which usually prevent people from buying suppressors. The National Firearms Act demands that people get approval from the Bureau of Alcohol, Tobacco, Firearms, and Explosives before they buy suppressors. It also requires that people pay a $200 tax when purchasing suppressors. Hopefully, passing the Hearing Protection Act will remove these restrictions on purchase and ownership of suppressors by the public.

What Is a Silencer 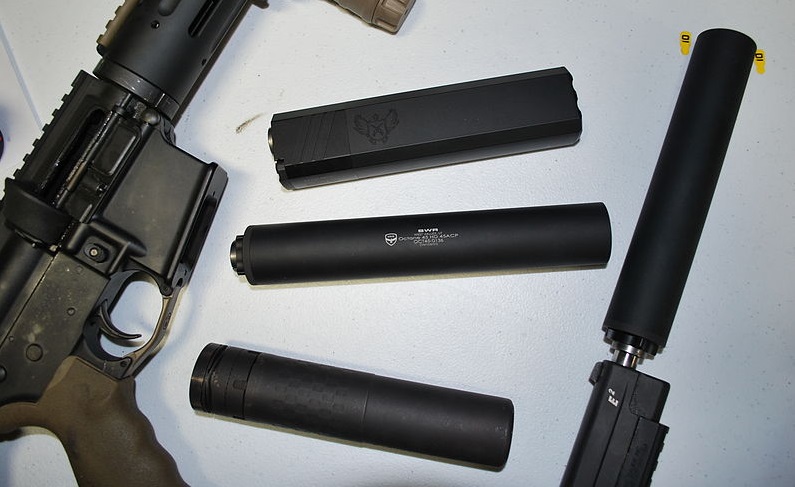 Before we discuss the historical development of the Hearing Protection Act, it is crucial to know the main item behind this contentious Act, which is the suppressor.  Most people call it the silencer. However, its proper name is a suppressor or a moderator. A suppressor is a device that lowers the intensity of sound and the flash of the muzzle when a gun is fired. It is usually attached to the muzzle or barrel of a gun.

Often, when a gun is fired, it is a gas that expands when gunpowder is burning that propels a bullet through a barrel and out of the muzzle towards its target. This gas follows the bullet by flowing out of the barrel and muzzle at high speed, which creates a loud noise we usually here when shots are fired.
The suppressor is designed in a manner that reduces the speed of the exit of this gas through the muzzle or barrel. At a reduced speed, the gas creates a less loud noise than before. 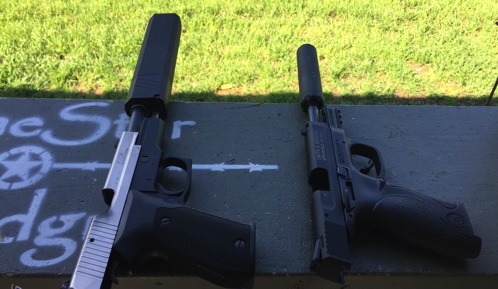 The first suppressor was developed in 1902 by Hiram Percy Maxim. In 1909, Maxim named the device Maxim Silencer when patenting it. The use of suppressors would face much opposition in the years that followed its invention mainly due to the hard economic circumstances that accompanied the Great Depression.
One of the most notable opposers of suppressor use was William T. Hornaday, an American zoologist, and conservationist.

In 1913, Hornaday argued that hunters were already well equipped with scopes and binoculars that improved their accuracy when hunting game. This enhanced hunting accuracy was wiping out the game population in the United States. Therefore, hunters did not deserve additional gun devices, especially the suppressor because it would further improve the success of hunting by limiting the noise of shots fired that usually alert other game to run away. In the 1930s, the Great Depression hit America and times were hard for many people.

In this time, John Herbert Dillinger and his gang rose to fame due to their bank robbery successes. One of the primary arguments raised by the law enforcers to explains Dillinger's gang successes was their habitual use of suppressors during his robbery operations, which made it hard to detect them. Law-makers bought into this argument and convinced the American public that suppressors deserved regulations. The downtrodden farmers in the Depression were a significant group that believed the government should prohibit suppressor use. People were hungry, and farmers wanted to preserve the little they had for their families.

They feared that hunters wielding guns with suppressors could invade their territories and hunt their game and livestock without being alerted with the loud gunshots. Therefore, they supported the regulation of suppressors during this time. In 1934, the Congress passed the National Firearms Act as a response to the public’s desire to regulate gun and suppressor use. The National Firearms Act demanded that one should get approval from the Bureau of Alcohol, Tobacco, Firearms, and Explosives to own a suppressor and pay tax worth $200 when buying the suppressor.

In the 1930s and the years that followed, $200 was a lot of money. It could nearly purchase a car. This tax slapped on potential suppressor buyers was very effective in discouraging people from buying suppressors. Trade in suppressors became annihilated, and suppressor existence nearly vanished. In 1968, the Gun Control Act came into force. It amended specific provisions of the National Firearms Act, especially the rules for approval of suppressor ownership. It created the federal Form 4473 that has four pages, which an individual should fill as an application for approval of suppressor and regular firearms ownership.

Over time, probably due to inflation and economic growth, the $200 tax is no longer a considerable impediment to suppressor purchase as it was during the early 20th century. However, it is still expensive. The major setback to suppressor purchase today is the massive load of paperwork one must fill and the check system one must go through to purchase a mere suppressor. Today, it can take hours or even day to get approval for owning a suppressor.

Sometimes, when one has similar names to that of a prohibited person, it may take months before the person receives approval for buying a suppressor mainly because people who intend to purchase suppressors must be vetted like other firearm purchasers. 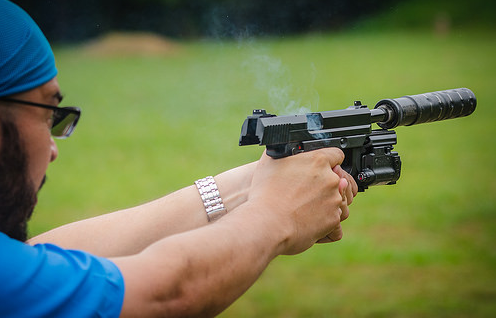 Today, the Hearing Protection Act promises to protect the health of gun owners in danger of suffering hearing loss because of the frequent loud noise they hear when they fire their guns. We know that exposure to sounds of about 85dB or more can damage our ears permanently when heard repeatedly. The noise from gunshots ranges between 140-190dB, depending on the weapon fired, which can cause damage to the ear immediately. Therefore, suppressors can help reduce the cases of noise-induced hearing loss by reducing the sound of gunshots.

Opponents of the Hearing Protection Act argue that gun owners have ear protection products, such as earplugs and earmuffs, which are useful in reducing noise pollution on gun owners. Unfortunately, they fail to understand that earmuffs and earplugs alone are not effective in reducing sound to acceptable levels. Earmuffs and earplugs reduce the noise level by around 20 to 30dB. It means that a person firing a gun even when wearing earmuffs and plugs it still in danger of suffering immediate noise-induced hearing loss because the sound of the gunshot is still above 100dB.

The assumption that action films create that suppressors improve the stealth of gun owners, especially felons, murderers, and abusers is false. Suppressors do not muffle the sound of gunshots as depicted by these films. Their ability to gag sound is like that of earmuffs, which is still low at 20 to 30dB. The sound of a gunshot from a gun equipped with a suppressor is still louder than a power lawn mower, an idling bulldozer, a jet take-off, or even a jackhammer.
Therefore, besides earplugs and earmuffs, gun owners still need suppressors to improve their hearing protection.

Earmuffs and earplugs coupled with suppressors can reduce the felt sound of gunshots by around 40 to 60dB. Gun owners can still hear about 100 to 150dB of sound with devices working together, which is still high and very dangerous. Suppressors can improve the general safety of gun owners. For example, when people go hunting, they need to be aware of their environment. Hearing contributes significantly to this awareness.

Unfortunately, when people put on earplugs and earmuffs in such expeditions, their hearing is limited. Their ability to sense danger coming or detect someone in need of help is limited to sight alone because they cannot hear when using those devices. However, people can improve awareness by hearing everything around them when they substitute earplugs and earmuffs with suppressors, which enhances their general safety.

Besides, suppressors protect the health of the public by reducing noise pollution. Most people living near hunting grounds are usually irritated by the big bangs of gunshots around them during hunting seasons. Suppressors can considerably reduce this noise even though it remains as loud as explained earlier.

The Hearing Protection Act is a bill that most opposers of Gun Control welcome, mainly because they believe suppressor ownership is still heavily regulated. It promises to improve the health of gun owners and the public by allowing people to get easy access to suppressors, which help reduce the felt sound the dangerous gunshot noise. Additionally, it promises to eliminate the stereotype created by Hollywood that suppressors stifle gunshot sounds thereby improving the stealth of dangerous gun owners.

Suppressors are misconceived simple gun accessories. We need to support the Hearing Protection Act to help reduce the high prevalence of noise-induced hearing loss in our country, which stands at about 10 million cases.