10 Most Popular Handguns Of All Time 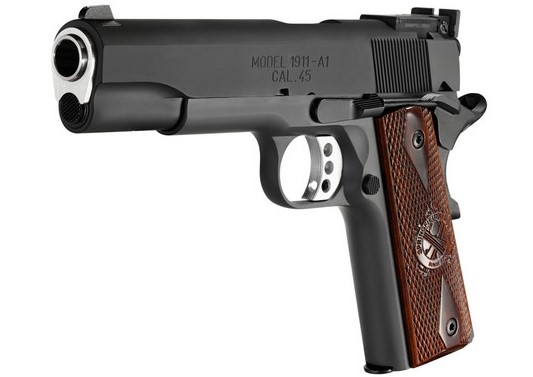 Recent political and social happenings, especially in the U.S, have seen gun enthusiasts being frowned upon amidst calls to have stricter gun control measures. However, responsible gun owners feel they have been unfairly targeted by activists since they consider gun making an ancient art that creates wonderful masterpieces and a great advancement in modern warfare. In this article, we will look at the 10 most popular handguns of all time based on their firepower, popularity, design, and several other factors.

Quick Navigation
What Is A Handgun?
The History
10 Most Popular Handguns Of All Time
Conclusion

What Is A Handgun?

A handgun can be described as a short-barreled firearm that can be used even with one hand. Modern handguns are categorized as revolvers or semi-automatic pistols.

Before mass production of handguns started, they were considered a badge of office just like a sword and were very expensive. They had limited use and were more expensive than long-barreled guns, and this made them scarce because only a few people could afford them. However, things changed in 1836 when Colt Paterson patented his design handgun the Colt Paterson, thus enabling the first viable mass production of the revolver.

The ability of the revolver to fire up to 5 shots in rapid succession made it very popular as a defense weapon within no time. Although in many parts of the world handguns are considered to be defense weapons for law enforcement agencies and for use in the military, they are readily and widely available to civilians in the United States.

10 Most Popular Handguns Of All Time

Starting us off at number 10 is one of the pioneers: the Colt .45 Revolver, also known as Colt Single Action Army. Commonly associated with the Wild West, this is one of the best handguns ever created. The gun holds 6 cartridges in a revolving cylinder and was originally designed for the U.S government by Colt's Patent Firearms Manufacturing Company in 1876. It was the official standard military handgun of the U.S military up until 1982. Although its design has changed over the years, it still retains its overall appearance since 1873.

Colt has canceled plans to discontinue the production of the handgun twice due to popular demand. The Colt.45 Revolver has seen several wars including the American Indian Wars, the Spanish–American War, the Philippine–American War, the Mexican Revolution Range wars, World War I, World War II (limited use), and the Indonesian Revolution. Its impressive history makes it a collector’s and re-enactors favorite. 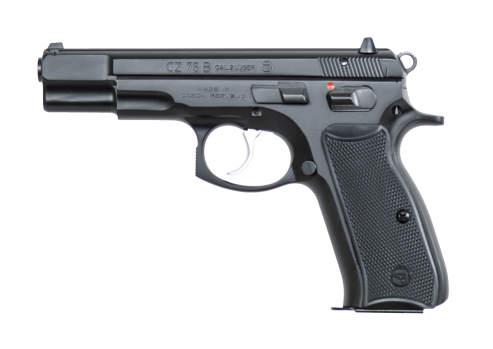 At number nine is the CZ.75, fully known as Ceska Zbrojovka Uhersky Brod (CZUB), a great handgun originating from the Czech Republic. Thin and with a well-chiseled framework, the gun is uniquely designed for optimal grip and improved overall feel. The CZ.75 allows a double stack of bullets in its magazine which translates to more rounds per magazine change, which is definitely a good thing to all gun users.

The overly thinned barrel makes the CZ.75 light in terms of weight, which makes it easier to carry around and also to draw. The light barrel of this handgun allows you to draw the gun effortlessly. 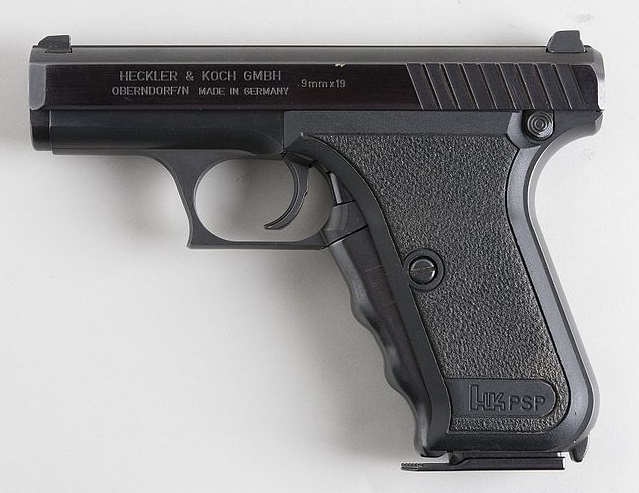 The Heckler & Koch P7 is a German 9×19mm semi-automatic pistol that was first displayed to the public in 1976 after the Munich Olympics massacre of 1974. The unfortunate incident prompted the German authorities to acquire a more effective 9×19mm Parabellum pistol to replace the .32 ACP Walther PP while maintaining the latter’s size.

The German government opened bids with specific requirements and eventually adopted the P7, the Swiss SIG Sauer P225 (designated the P6), and the Walther P5 into its police forces. The pistol was later produced under licenses in other countries including Greece and Mexico, and it was later exported to other countries around the world. 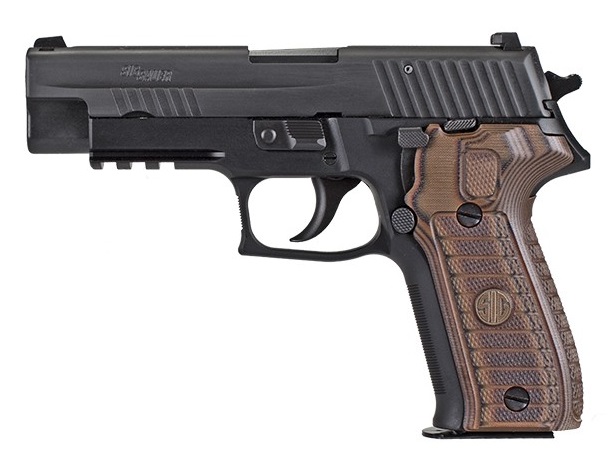 The SIG Sauer P226 is a full-sized, service-type pistol made by SIG Sauer. It has a close resemblance to the CZ.75 and the Browning High Power while still retaining its own unique design for optimal performance. This handgun has an appealing look that catches the attention of potential gun owners and, combined with its ability to deliver firepower; many find it irresistible.

The SIG Sauer P226 was specifically designed for the United States military, and it is widely used by the United States Navy SEALs and other security and law enforcement agencies across the world. There have been several variations of this handgun, but it stands out because of its ability to accommodate double stacks magazines, plus its safety features. 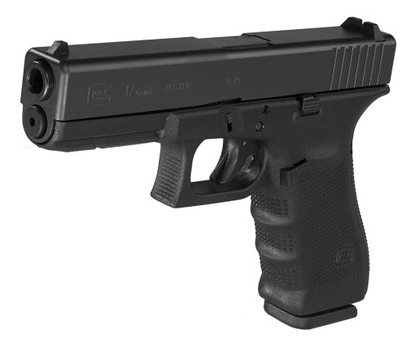 It would be uncharacteristic to have a list talking about handguns and fail to mention a Glock. On this list, we have to include the Glock 17. The Glock 17 is an Australian-made polymer-framed, short recoil-operated, locked-breech semi-automatic pistol designed and produced by Glock Ges.m.b.H. The Glock 17 first came into use in the Australian Army and Police service after emerging on top in reliability and safety tests, beating other handguns from well-established firms including FN Herstal, Heckler & Koch, Beretta, Sig Sauer, and Steyr Mannlicher.

The race to the top was not as smooth as it seems. There were concerns regarding its durability and reliability because of the use of the polymer frame, with many people perceiving it as a plastic gun. Security experts were also concerned that metal detectors could not detect it because of the polymer frame. However, the Glock overcame these hurdles and became the company’s most profitable item. It has been used by security and law enforcement agencies in over 46 countries worldwide. 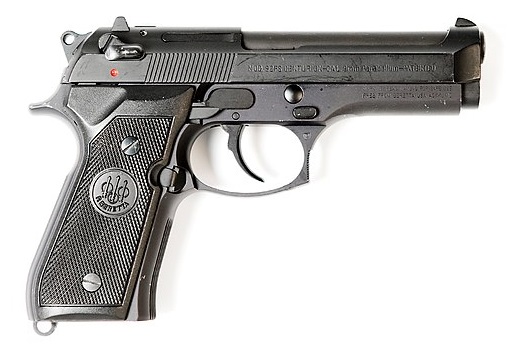 This Italian-made firearm is beautiful and appeals to the eye without compromising its abilities to carry out its intended purpose. It looks like a well-chiseled bodybuilder with its curves, cuts, and edges. Besides being able to hold 15 rounds per magazine, it is also equipped with a long safety that is easily accessible with the thumb, so it is easy to pull down and flick back whenever you need to.

The Beretta was initially made for sports and some police forces, but its performance on these levels attracted the attention of some military agencies leading to them adopting it as a standard issue hand-held firearm.

The Desert Eagle .50 Caliber can be referred to as a luxury gun because of its price. Its unique triangular shaped barrel gives it a beastly look and rightly so. Designed to be a heavy duty and high-performance weapon, the Desert Eagle is widely considered to be one of the most powerful pistols available.

The Desert Eagle chambers the largest centerfire cartridge of any magazine-fed, self-loading pistol. It utilizes a gas operated mechanism similar to the one found in rifles, unlike the short recoil and blowback mechanism found in most pistols. This allows it to use cartridges that are far more powerful than those used by traditional semi-automatic pistols, thus putting the Desert Eagle in the same category with magnum revolvers. 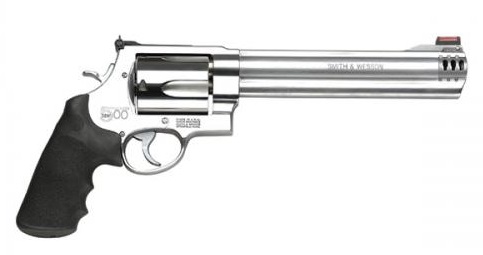 The Smith & Wesson .50 Cal has the same destructive power as the Desert Eagle since they are both .50 Caliber firearms. However, the long barrel that this firearm is equipped with increases its accuracy, making it a better firearm than its competition. On the other hand, the size of the barrel makes it hard for you to carry it as a sidearm.

It is advisable to rest the barrel of this firearm on a bipod to increase stability and facilitate better aim of its .50 caliber shots. Firing the Smith & Wesson .50 Cal while on the bipod gives results similar to those of a sniper rifle. 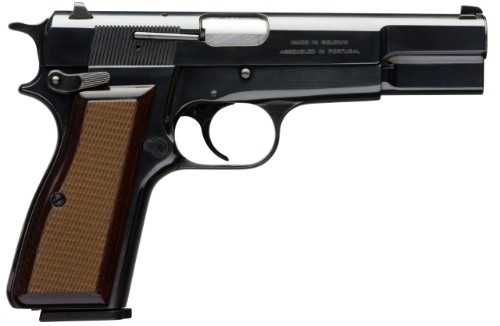 The Browning Hi-Power, designed by American firearm inventor John Browning, is a single action, semi-automatic handgun available in the 9mm and .40 S&W calibers. It is one of the most used weapons in the world, with data showing it has been in active use by armed forces in over 50 countries. However, in 2017 the production of the BHP was discontinued after 82 years of continuous production.

Many collectors and gun experts consider it the best handgun ever made. The firearm’s lightweight and design combine to form a weapon that is great in terms of firepower, handling, grip, and overall feel. 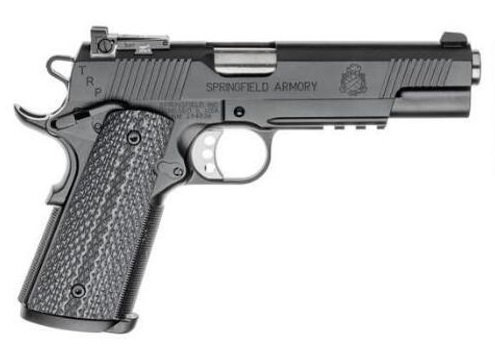 At the top spot is another John Browning’s masterpiece: the M1911 Pistol. Soldiers, gunsmiths, weapons experts, and experienced gun owners all agree that the M1911 Pistol is a revolutionary firearm that is exceptional and remarkable. Though not as powerful as the Desert Eagle or the Smith & Wesson .50 because of its .45 ACP limit, it bests them with its additional and unique features.

Since the 1900s, the M1911 has complied with military specifications and standards while maintaining its original design and simultaneously incorporating new technology. The M1911 is an automatic pistol which means you can fire all 7 rounds if you pull and hold the trigger. It is field-strippable and can accommodate a silencer, a red dot sight, and a flashlight as attachments. You can also add a double safety feature to prevent accidental firing.

There are several handguns available on the market, both new and old, and it is very difficult to choose a favorite, especially because they all offer different advantages. For you to decide which pistol is your favorite, you would have to consider a lot of factors such as your financial ability, availability of accessories, and, most importantly, whether it fulfills your firearm needs.